Oh, I’m laid low in my shame about how poorly I’ve kept up with my blog.  It’s been nearly a month since my last posting and the whole idea of “making sure I write once a day” and “project 365 2010” have completely fallen off the rails.  It’s not that there isn’t good reason – getting married, several projects all moving forward and starting work on a new documentary – but I’m not a fan of excuses, I prefer results and the current result on this blog is failure.

So I started asking myself what I should do next?  Should I keep up Project 365 2010?  I have a bunch of pictures that are ready to be uploaded, but I’ve definitely missed many days and so it’s starting to feel like the project is actually getting in the way of itself.  It’s also gotten in the way of general blogging since I feel like I need to go back to catch up to what hasn’t been posted – but there are so many things happening RIGHT NOW that my brain has a really hard time focusing on things that happened last month when I really want to talk about things happening today.

So this is what I’ve decided to do – I’m going to post the last remaining pictures I have for Project 365 2010 right here – in this very blog – with no remarks or days and then the project will officially be over.  The blog will hopefully begin again as a daily thing since I’ll be able to mobile blog again without worrying about the pictures.  The end of 2010 is going to be CRAZY busy and there will still be a bunch of pictures, but I think it’s time to drop the whole “picture a day” deal.

Here are the pics! 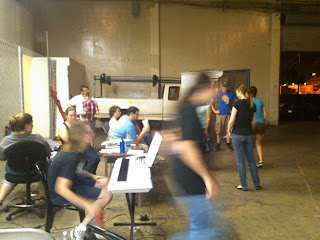 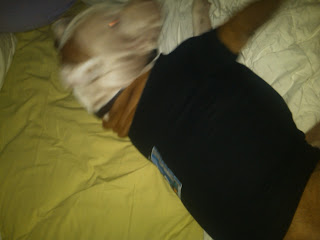 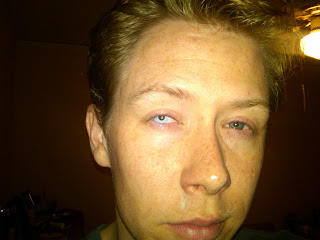 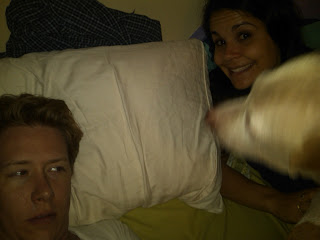 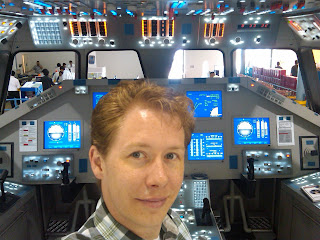 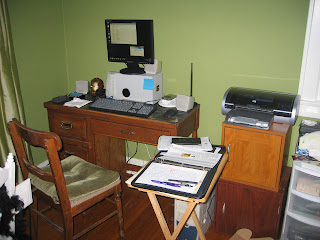 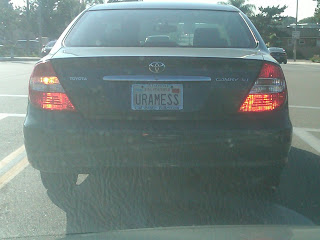 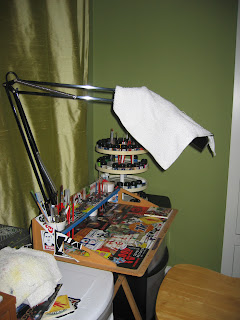 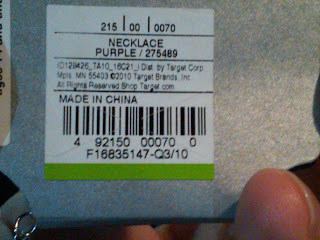 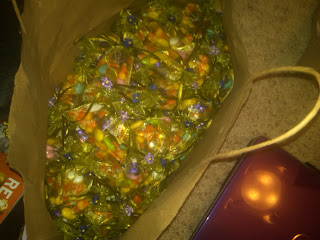 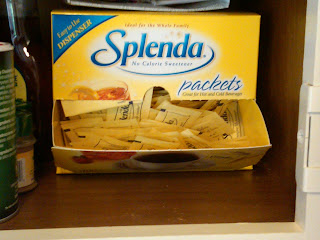 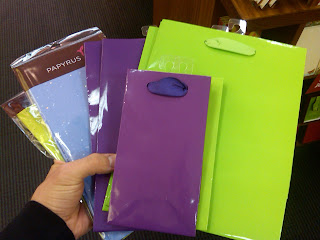 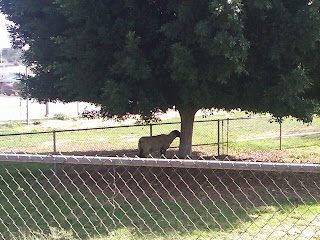 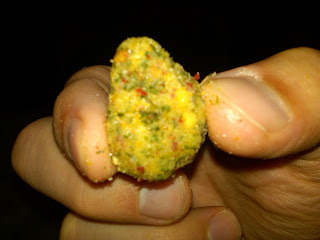 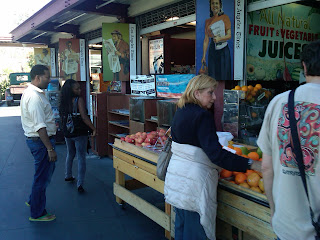 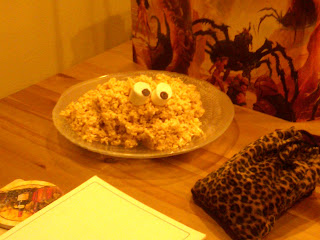 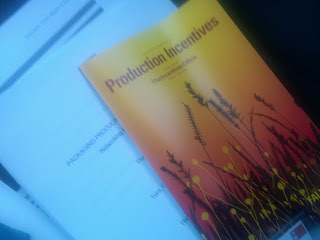 As I’ve mentioned before, I’m a geek.  I play Dungeons & Dragons un-apologetically and a few other different table top war games like Warhammer 40k and Mordheim.

…in addition to killing orcs, goblins, and lord only knows what other monsters.

Part of tonight’s game was eating cake for my friend, Liz’s, birthday: 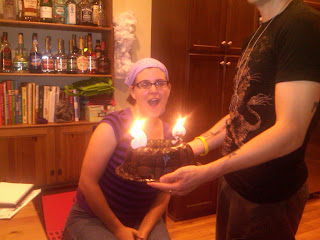 When you are a member of Improv Shmimprov you get a roast after 100 shows.  Tonight was Dave Chorley’s Roast.

These are always fun for us, maybe not for the audience – although I don’t know since I’ve never seen one from the audience perspective – but I realized when I was writing the roast for Dave that I really didn’t know much about him!  I was shocked since I’ve known him for over two years now and it made me realize that even though I’m up to a lot, I don’t know that I’m really present for all of it.

I think I need to work on changing that.

Here’s Dave as he roasted us back: 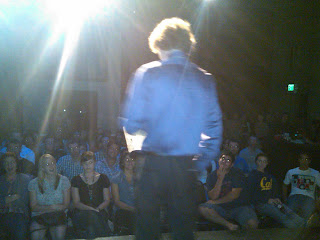 Jeez, I didn’t realize when I said that I was going to probably miss a few more pictures that it would be the next day.

I hang my head in shame.

My chronic screw-ups lately with taking pictures is both embarrassing and probably should have been expected between work, financing, the show and wedding prep.

I don’t think today will be the last miss. 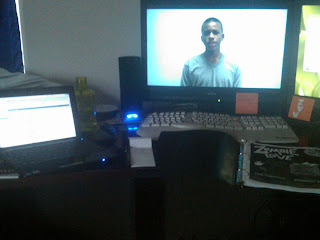 What isn’t visible is my phone with all the IM’s and other email account.

This is why I’m not keeping up with my blogs. 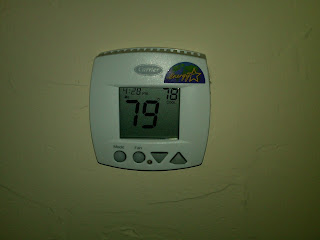 When I took this picture it was late, late at night.  The A/C was on and yet it was still 79 degrees.

Went on a walk with the wife and the dog today and we stopped for coffee at the Monkey Business Cafe.  It’s a little gem in off-downtown Fullerton where there serve coffee and food.  The coffee is organic and free-trade and they even make coffee ice cubes for their iced coffee!

They are also a nonprofit.

That was surprising to me.  This is their sign: 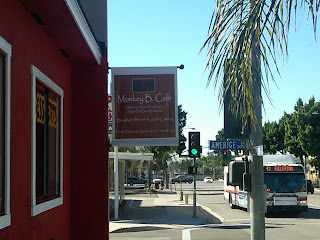 It made me want to know what their mission is, and I didn’t see anything in or around the store.  I’m going to ask the next time I go in because I’m not sure if it’s a charity thing, if it’s a place to sell goods from poor countries or what?  I want to know how good my inner liberal is supposed to feel. 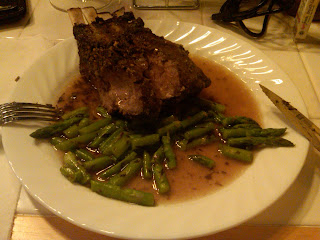 You know what that is?

You know who made that?

Well, technically Trader Joe’s and then me – but the end user was me so I’m taking credit.

It was AWESOME!  I’m definitely doing that again.

I was on the freeway coming back from L.A. when I saw this sticker on the back of a car: 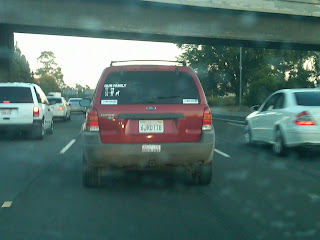 If you squint you can see that it is a guy, a girl and a dog as a little family.  With the exception of the fact that Frankie is a pitbull and not a grey hound as pictured that describes our little family pretty well.  With a lot of our friends having babies or trying to have babies it can feel a bit strange being the only couple that is satisfied with a dog-child, but Frankie is wonderful and I talk about him like he’s a person so it all works out as far as I’m concerned.