As you’ve probably noticed these blogs are REALLY late.  I’m going to pretend that I’m writing on Tuesday.

The audition was great, but it made me late to be on-set for the new sizzle reel I’m producing.

The shooting team, however, were doing just fine.

I’m really bad about shooting pictures while I’m on set.  I’ve never been good at it.  I’ve been in the business for 25 years and if there weren’t shows and commercials actually on the air to prove it there would be no record of it because I’ve never broken out a camera and taken pictures.  I meant to take an on-set photo today, but forgot so today’s picture if of the drive home from Fontana: 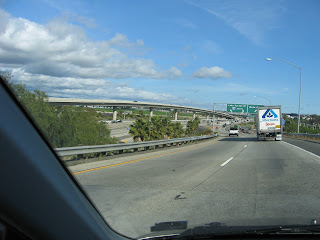 There was a lot of time and a LOT of empty area between there and here.