As you’ve probably noticed these blogs are REALLY late.  I’m going to pretend that I’m writing on Monday.

I meant to take a picture of the waiting room, but I forgot.  I also think it’s a bit weird to take pictures in a waiting room full of nervous actors.

Instead I took a picture later when I was at Dean’s house watching “Doctor Who.” 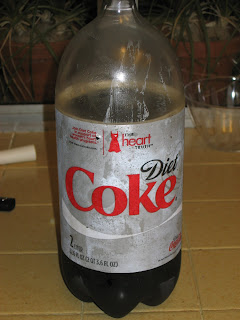 I don’t usually drink Diet Coke but my need for caffeine and sugar was high so I gave in and drank it.