I’m doing things a bit different for the weekend since I was at the Festival of Books both days.  While I still have an “official” picture for each day, I also have a crap ton more so you can see what all the acts looked like.  I’ll start with:

I love the L.A. Time Festival of Books and was so happy to be asked back this year.  It’s a really fun time and everyone involved, both talent and crew, were awesome this year!  Here are the acts from this year:

First up was a program that is a personal favorite of mine: 826LA.  It is a creative writing and tutoring program for kids.  I first heard about this group on NPR.  Their classrooms are “disguised” in storefronts that are designed to stimulate imagination.  The LA storefront is a time-travel emporium!  I really want to visit one of these sites.  I would have loved that as a kid.  Hell, I’d love it now!  The kids from the program read their stories for the crowd and it was pretty cool.  The man speaking in the picture is L.A.’s program leader Joel. 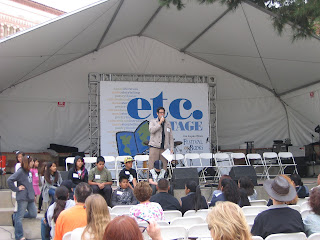 Next up was the first event for a book called “Clock Without a Face.”  The book is a series of clues for a real life treasure hunt and the treasure are twelve REAL emeralds all dolled up to be the missing numbers from the clock face in the book!  I spoke with one of the authors about the concept of the book and how they forwent their advances so that all of the money could go to the emerald design.  These guys are really into the act of discovery and the group adventure that they are building here.  I found it very inspiring and it didn’t hurt that the guys were really funny as well.  They revealed a clue at the Festival and this is all that I remember: the clown knows…

God, I hope that’s right because I’ve been tweeting it to the people who have asked. 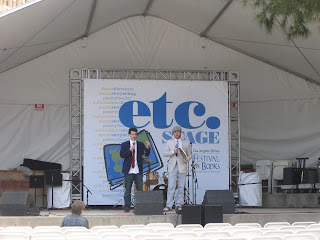 After that we had our first band, The Watson Twins!  They are real twins and I really dug their band.  It made me think of my friends out on the road, shout out to 7k!  There was a lot of load-in/load-out so I didn’t talk to them much, but they were a big hit. 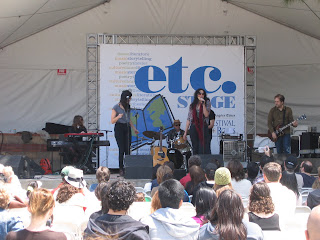 As I’m sure you know by now, I’m a comic book geek.  Last year I met Mark Waid when he was part of the BOOM! Studios panel.  They were back again this year and I giggled like a little girl that he remembered me.  I forgot to take a picture of his interview, but today’s official picture is of Mark and I. 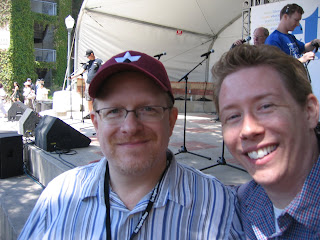 The biggest hit of the festival was a bit of a surprise.  Cielo Nuevo is a performing group of children celebrating traditional Mexican music and dance – mini-mariachis!  These kids were so popular they filled the entire quad area where the stage was that people could not pass until they were finished!  People really loved them some mariachi music! 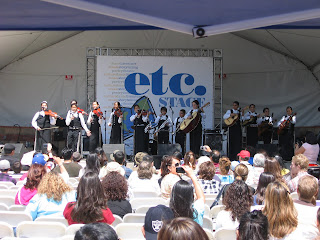 After the music we had a series of readings from Dime Stories.  Dime Stories are three minute stories read by the original authors.  They are located all around California and inspired Three Minute Fictions on NPR. 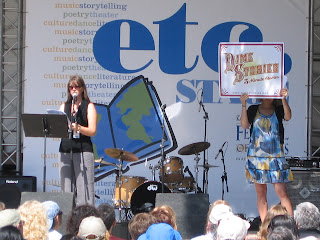 The last group was another reading group, Word Theatre.  They use celebrities to keep the oral tradition alive.  Although the stories were good, things went a bit south when one of the stories ended up using the work “fuck” over and over is a variety of variations.  I don’t think the group realized that they would be in an open air venue at one of the largest stages surrounded by families.  Although I am surprised that when they did see the venue that the story wasn’t either swapped out or edited.  I am not a fan of censorship, but I believe that you should know your audience, especially when the PA makes it impossible for the crowd to ignore you.  It put a damper on the rest of the presentation which is a shame because John Heard told a great story about crows. 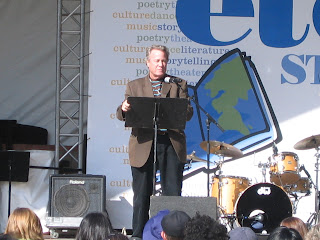 That was day one, here comes day two!