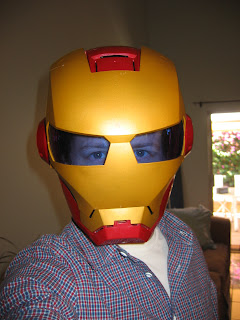 There’s a lot going on in my life right now, so much that it is hard to catch my breath and see exactly what is going on.  It reminds me of a Lionel Richie interview when he talked about all the things that were going on in the 80’s.  He said he didn’t really get to enjoy what he was doing because he was always spending his time either getting to an event to perform or running from a place he just performed at.  The last six months or so have felt like that for me too, although I haven’t been singing “Dancing on the Ceiling” to crowds of tens of thousands of people.  It’s wake up, rush, probably shoot, rush, teach, rush, sit, sleep. Not the most glamorous schedule in the world.  Better than digging a ditch, but not glamorous.

Today we caught a break, though.  Our interview for the documentary went very well and ended a few minutes early and I got some bonus “sit” time.  I thought about what we’ve actually been doing and it occurred to me that, as much as I keep complaining that I’m not exercising my creativity, I’ve actually been experimenting with a few different ways of story telling and some of it might turn out pretty cool!

For the doc we’ve got three very different looks that we’re combining together:

And even though it feels like this is all getting tossed together by the seat of our pants I really think this doc is coming together.

The Wiggy Webs stuff, even though it is woefully stuck in edit hell, has me really excited!  With the commentary pieces, satire and straight up schtick it’s the most exciting outlet that we haven’t taken full advantage of yet.  I’m re-affirming my efforts to get that stuff up – seeing as how I’m four months behind.  I’m ashamed of myself.

Cheerleaders Must Die! – A long time back & forth between turn around and production, but still Zeke is making great script alterations and there’s a wave of support growing under it and that’s awesome.

And, on the geek front, our D&D game is evolving for the better.  My buddy Dean was added to the group about a year ago and since then he has challenged some of my ideas about how to play.  I now feel like we are just building a fantasy story and I’m planning my participation to help contribute to that.  I don’t feel like I can explain that very well here, but the important detail is that even this game is a version of storytelling and it is getting better as I work.

They say work breeds more work and I’m noticing it even if it isn’t directly involved in the kind of work that pays me I’m still getting paid in satisfaction.

Brain is turning to toothpaste so I’ll…

One Response to Experiments in Story Telling