Is this blog about wine?

Is it fueled by wine? 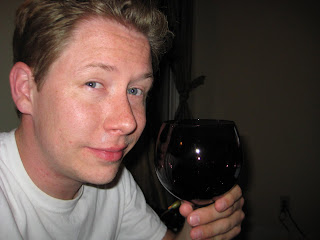 Particularly a Lanzarac 2004 Chardonnay that has been in the fridge a smidge too long and smells like old gym socks but still tastes surprisingly good – like a stinky cheese.

The wife and I are feeling conflicted right now about our enjoyment of “Jersey Shore” since it is the kind of TV candy that rots brains faster than a tooth in a glass of Coke/Pepsi. But we enjoy it so much!  The premiere was on tonight and I think that they are starting to show some strain. The relationships just felt a little more forced than previous seasons, but after hearing that a few of them left early during the filming of the next season I guess that isn’t such a stretch.

2 Responses to Wine Blog – This Might Be A Horrible Idea