The memory I have in my head: Adventureland Comics, Harbor Blvd., Fullerton, California. Me and my mom shopping for Iron Man comic back issues. Along the wall of the store classic, high priced back issues were displayed. My mom spotted a cover with Iron Man on it and the number “1.” She got my attention and asked me if this is Iron Man number one? Having burned the image of Iron Man number one into my memory (at this time I had not yet found and purchased my own copy of Iron Man number one) I checked it out, made a face and said no. The man behind the counter, bearded with longer unkempt hair, over-heard and filled in the details: this issue is a special reprint of the Iron Man story from Tales of Suspense #99 and the Sub-Mariner story from whatever anthology series he was featured in. 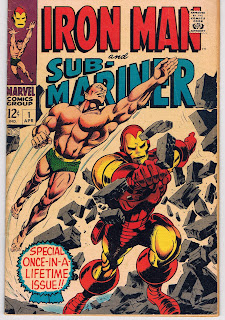 It is important to have this issue to understand what happens in Iron Man number one. I know we didn’t buy the issue that day, but my parents did get it for me for a major gift giving holiday (I forget which) and it is, actually, really important if you want to know what’s going on in Iron Man number one (which is probably why they re-printed it back in the late 60’s in the first place). For a long time this issue was an “also ran” in my collection, it wasn’t an issue of Tales of Suspense or Iron Man number one, but that kind of thinking really discounts how nice this issue is.

The story continues from the tale that we saw in ToS 97, which started (I think) in ToS 95. More Maggia trouble, more Whiplash, more advertisements for correspondence art schools and Grit magazine. Seriously, what the hell was Grit magazine? Has anyone ever read that? The ad reads like multi-level marketing for kids. 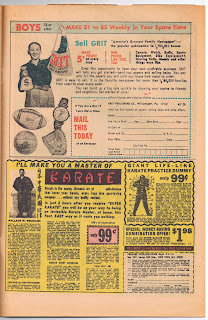 Breaking with a tradition that really had yet to be established, Iron Man starts off the story powered down and spends the rest of the issue, remarkably, fully charged! He escapes the evil death ray bed he was magnetized to and, just when he’s about to land the final blow on Whiplash, AIM’s super secret vortex ray sucks him out of the ship and into AIM’s waiting clutches! 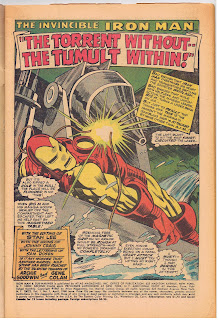 It was a lot of fun to re-read this issue. I did not appreciate Gene Colon as an artist when I was younger, all I wanted was John Romita, Jr. or Luke McDonald, but looking at it now is great! The faces are so expressive, the action is really dynamic and he makes great use of shadow and motion. He was really at the top of his game in the late 60’s. There’s another Gene Colon issue coming much later, in the mid-200’s, where I’ll break down the difference between this Gene Colon and the Gene Colon of the late 80’s early 90’s but that’s for later. 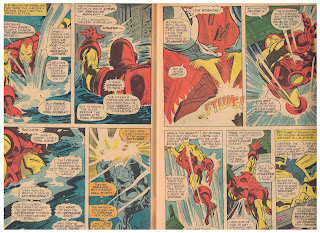 The story itself would actually make sense in today’s comic environment with some small changes to the speech bubbles. I find that the writing of dialogue in the 60’s is more like radio-play dialogue than what we’re used to today. If anything reading this story after reading the most recent issue of Avengers shows that not much has changed for the major crime syndicates of the Marvel universe – they’re all still back-stabbing each other for money and power. 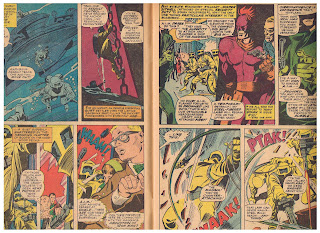 As usual we’re left with a cliffhanger and the promise that Iron Man is coming back next month in his own full-length magazine, a magazine that this writer will eventually be way obsessed with.

This is one of those comics that you used to see a lot at comic book stores and on convention floors. For you other comic nerds out there I’m sure you saw the cover and said to yourself, “Oh yeah, I recognize that.” Even at San Diego ComiCon last year it was easy to pick this issue out on the premium boards set-up at different booths. I don’t know how much play Sub-Mariner got out of this, his series that sprung up around this time didn’t last long from what I remember (EDIT: Wikipedia says it only lasted 6 years, 68-74), but Iron Man definitely stuck around and, frankly, just had the way better story in this issue.

Next time we get to number 1!