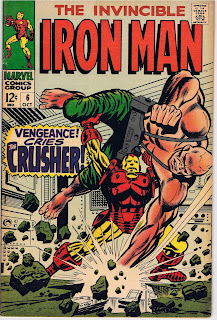 Right off the bat I’m impressed with how good the color is in this issue. It is remarkably well preserved. 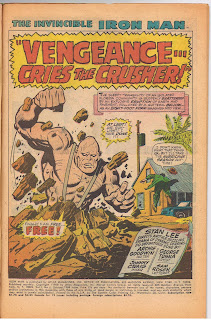 I’m not sure if the scan does it justice, but I thought it was worth mentioning.

As I read through these early books of the series two things hit home more and more:

I originally started this project expecting that it would just be a trip down memory lane where I could examine the context of where I was at age-wise and emotionally when I read them the first time, but it’s pretty clear that for the most part I was grabbing and collecting these early issues strictly out of the desire to complete the run.
I know I read these all before, but I didn’t appreciate them.
When I really geek out, have comic discussions with my friends, or listen to podcasts like iFanboy it is almost cliche to talk about the Golden and Silver Age books, how great Kirby is, and how writers back then really knew how to get a story out in 8 to 20 pages. It is easy to see that there has definitely been an evolution in how stories have been written in comic books (don’t even get me started on how decompressed some books are now) but it has taken decades to get back to the kind of grown-up-yet-still-appropriate-for-all-ages themes that writers like Stan Lee and Archie Goodwin were popping out month after month in the late 60’s. 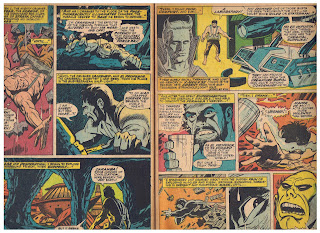 These aren’t crazy political stories or scripts designed to raise eyebrows, they were stories about people and things that just happened to go on in a world inhabited by super people. They were mature without being scandalous. Combine lots of relationship drama, a certain amount of timely political intrigue and then people in costumes punching each other, that’s a recipe for success. 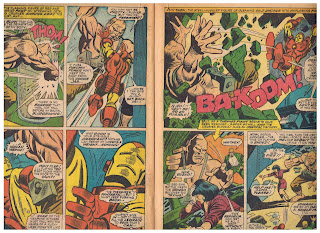 It’s not Pulitzer material, but it is on par with so much of the sci-fi and young adult fiction that people of all ages enjoy so much now-a-days. Plus it’s illustrated.
That being said there is a little bit of something in this issue that is worth bringing up – Comic Book Accents.
Take this issue for example: The Crusher returns from his defeat in ToS #91. I have not read the issue, but I found a picture of the cover: 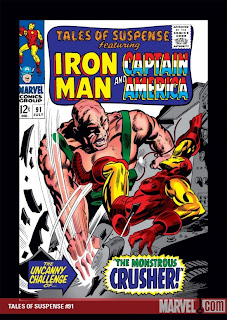 EDIT: Turns out I HAVE read this story, but in the Iron Man King-Sized Special #2 where it is reprinted. That will be covered in the “King Size & Annuals” section that I plan to do in the appropriate year by issue time-line.
The Crusher is a Cuban professor who created a formula that granted him amazing strength and body density. At least I’m pretty sure he’s Cuban, he’s named El Professor and works for El Presidente who has a great beard and all the soldiers are clearly in Cuban uniforms – but they never mention Cuba by name.
Oh, and they have dialogue that looks like this: 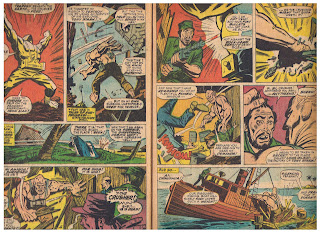 Just in case that wasn’t easy enough to read, all the language is pretty plain English with the exception of phrases like, “Perhaps you are WEELING to hear my demands!” or “Si, si, Crusher! ANYTHEENG you ask… …ANYTHEENG!” And that leads me to what I mentioned before: Comic Book Accents.
Comic Book Accents aren’t new in the late 60’s and are still in use today. It’s a great way to get across how a particular character talks or to show a local dialect. Chris Claremont made wide use of this during his epic run of the X-Men with English characters, Scottish characters, Russian characters and specifically Nightcrawler and Rogue who were German and Southern respectively.
But something about it in this issue seems a bit… disrespectful.
Maybe it’s because it was the height of the Cold War or maybe it was unintentional, but the use of the long “EE” in the word balloons seems a bit redundant to me when you’re already using Spanish to show country of origin and accent.
Or maybe I’m just reading too much into this?
As we get further into the series there will be quite a few more accents, especially Russian ones, but that’s for another blog.
Safe to say, Iron Man wins with The Crusher falling into the sea unable to swim to the surface quick enough due to his enormous bulk, but more importantly the seeds are planted in this issue for the relationship between Tony Stark and Whitney Frost and the eventual betrayal by Jasper Sitwell. 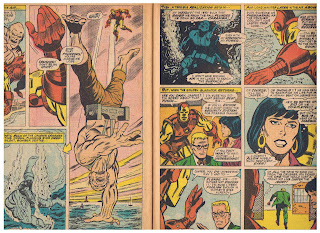 Both spring from this punch: 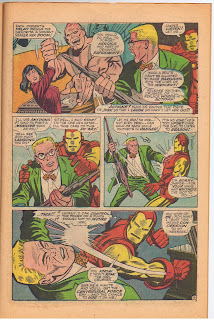