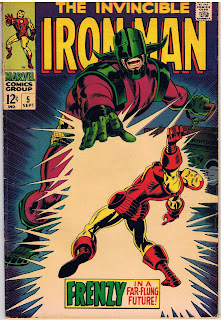 If you’ve ever listened to “Tom vs. The Flash” then you probably know just how often 60’s era comic book stories would rely on time-travel. (Here’s the iTunes direct link just in case.)

Actually, if you’ve ever seen an episode of Star Trek the Original Series you know even more so!

Even though Iron Man is set, by comic book standards, in a more realistic world there was no way to escape time travel in the late 60’s. The thing that I found eerie, though, is just how much 24th century Earth sounds like 21st century internet culture, but we’ll get into that.

There is no delay in the start of the action this issue, page one is Tony getting ripped through time to the future, and he is unable to reach his armor. 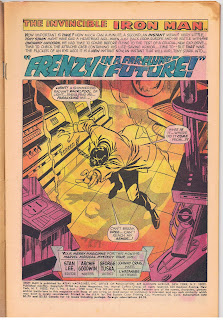 Three panels later he’s being accused of creating the computer that runs the world – CEREBRUS! 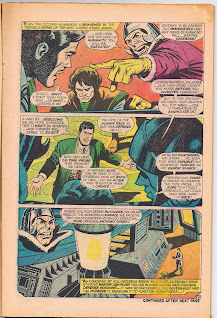 When we learn what Cerebrus is it comes off as a proto-Skynet created by Stark to help run America’s defense planning, but it didn’t end there!

Cerebrus was so good at it’s job that people started using it for everything and it functioned on an international level, expanding as needed. 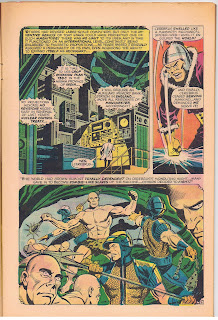 Here is a quote: “Cerebrus swelled like a mammoth mechanical spider-web — until it engulfed the world!”
Kinda’ sounds like the internet, right?

Here’s another quote: “The world had grown almost totally dependent on Cerebrus’s monolithic might… many gave in to become zombie-like slaves of the machine…”
Now it totally sounds like the internet, except internet trolls don’t have the Mr. Universe physique!

The differences between Cerebrus and the internet quickly become apparent, though, when two “Tracking Coils of Cerebrus” come bursting through the wall. As far as I can tell Google apps doesn’t currently support  tracking coils. 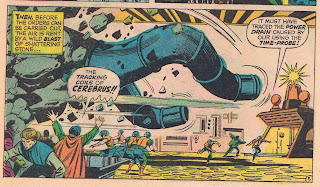 Naturally Tony is helped by hot-lady-scientist who delivers exposition and leads him to a museum where his Iron Man armor has been kept – remarkably well preserved considering being over 400 years old. (To be fair, at this point in continuity Stark wears the power source to the armor, the chest plate, all the time so the only parts that he uses from the museum are the extremities and helmet. But still…) 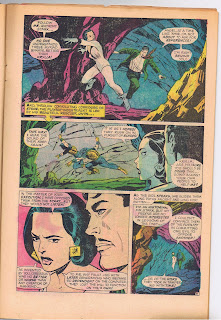 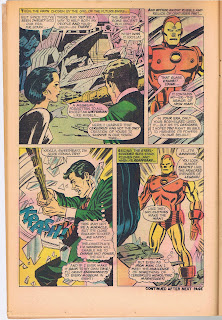 Tony takes the fight to Cerebrus, who can manipulate energy and become just about anything – like God in Star Trek 5 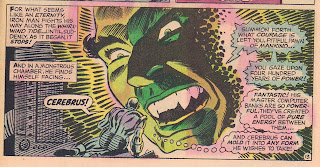 So fight, fight, fight, fight, fight – neither can get the upper hand so Tony pulls his mask to show Cerebrus that the man Cerebrus is fighting is actually his creator and that Cerebrus risks destroying himself  if he kills Stark. This freaks the machine out and hot-lady-scientist blows up the computer core and before all energy in the world goes away Tony is transported back to his own time. 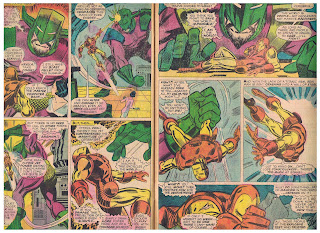 Yeah, the ending feels as rushed as that was written. The whole thing wraps up in two pages, seven panels from explosion to “Next Ish:” 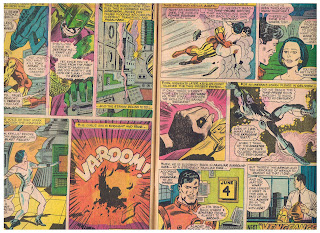 Like all media, you can see what the concerns of the day are by what is dealt with in its entertainment. Just like “Soylent Green” dealt with over population, this issue is all about the growth of automation and human dependence on machinery. But even though writer Archie Goodwin may be able to laugh now looking back on his horrors of the 24th century, take a look at this ad for Cheerios to see the context of where we were in 1968: 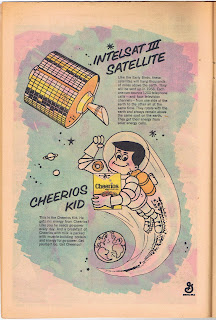 Intelsat III was the height of tech that most consumers had access to. 1200 calls and 4 TV channels, my phone can do that. In that world what would they think of the internet? What would it sound like to know that you have a little box in your pocket or purse at all times that knows exactly where you are and functions as both eyes and ears in our society? Would it be cool or scary that you could turn on the lights of your home, start your car and change the TV channel all with the same device?

Part of me likes to laugh at the “quaint-ness” of these comic stories, but are they really all that different from the horror stories we tell ourselves now? “Contagion” was a terrifying movie about a world-wide pandemic, but in fifty years will we be so medically advanced that we’ll look on that movie as a wild exaggeration? It’s nice to take a look at these and see how far we’ve come while at the same time realizing that it isn’t as far as I thought.

On a completely different subject, but still related to time, I found this great video on I09 about why old books have that “old book” smell. Breaking into these old comics has made my office smell like a used book store.  My romantic writer side is loving it!