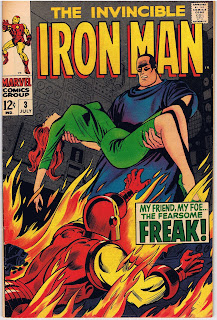 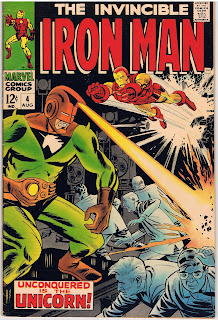 There’s something about old 60’s comics, and I’m not just talking about the smell of deteriorating news print. The language, the character arcs, and the serial style of the issues are all a window into the past where you can see how entertainment was consumed.

This was the late 60’s, 1968 to be specific, and a good five years into “The Marvel Age” the focus of “super-heroes with real world problems” is being laid on in a liberal way. Nothing points that out more than issues 3 and 4 (at least so far). At the time most weekly entertainment was still derivative in style to theater shows, live acts and radio plays and that is visible in the way these issues were written. In fact it’s so much a part of the fabric of how all these early issues were written that I don’t think I’ll mention it again until the style changes (sometime in the 70’s).

Both issues feature villains that were prominent in old issues of Tales of Suspense and both are instrumental in effecting Tony Stark’s opinion on being Iron Man.

Reading back through these again I remember issue 3 pretty well. We’re going to see more of The Freak, enough that my 9 year-old self rolled his eyes when I saw him on the cover, but issue 4 was a bit of a surprise. The cover I remember clearly, I mean I’ve had it for over 20 years, but the story was completely new to me! I’m curious how often that is going to happen in this project.

Story stuff: In issue 3 we pick up right after issue 2 with Shellhead returning to his Long Island, New York factory desperate to recharge, as is so often the case. 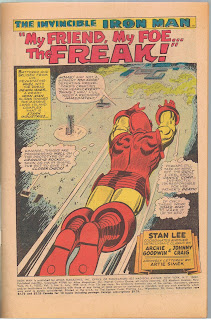 As he’s flying by, the Uranus rocket that Stark Industries is building falls over. 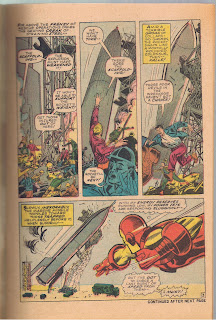 Iron Man catches it while all the workers escape but the strain on his transistors weakens his already damaged heart and he is forced to re-build a new armor! 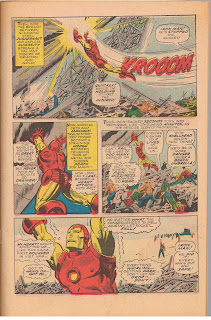 Already in the pages of ToS he has re-designed or re-built the armor, but this is the first example in his own book of the Iron Man armor catching up with the technology of the times. Now instead of transistors he’s using integrated circuits and a thermocouple to help keep the armor charged. 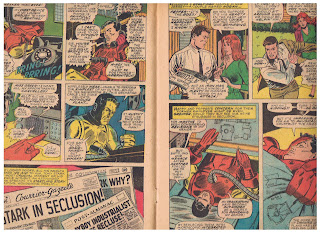 Unfortunately, because his heart is so damaged, he can’t build the armor himself so his best friend and former driver, Happy Hogan, comes to help! Happy Hogan and Pepper Potts and long time mainstays in the Iron Man mythology, but this was their first appearance in his own book. Where they used to be comedic foil and romantic interest respectively, from here on out they really just serve as ways to torment the Tony Stark character. By the way, if you’re interested, Gwenth Paltrow plays Pepper in the movies and Jon Favreau plays Happy Hogan.

So during the building of the armor Happy get zapped by some of the rays from one of the machines creating the armor and gets turned into The Freak!! 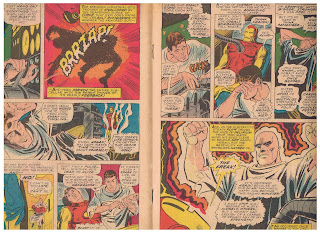 He beats up Iron Man, who’s still not up to snuff yet since the new armor isn’t charged, grabs Pepper in a very King Kong way, and runs out into the city. 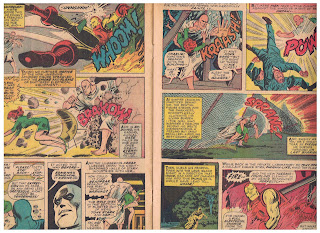 After some typical comic book action The Freak is incapacitated by gas and taken back to Stark Industries to get de-Freaked. The important part of this story is that seeing his best friends hurt makes Tony wonder if being Iron Man, with all of its dangers and secrets, is really worth it – so the whole issue ends on a real bummer. 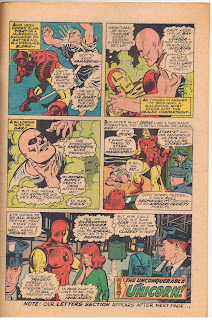 Then we get to issue 4, page 1: fixing Happy. That goes fine, as all comic book science does when it needs to, but Pepper is all upset because she doesn’t know why Tony would put Happy in danger… 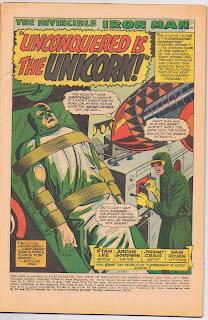 You know what, leaving all the soap opera aside we go to our favorite Cold War enemy, The Soviet Union, where they are giving new super-powers to a character called The Unicorn. 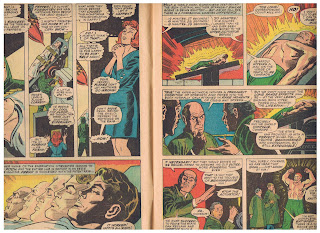 I know the name is silly, but he’s actually one of my favorite early Iron Man villains. I really like the design of this costume and he shows up a lot more becoming a more and more tragic figure. This issue starts all that story.

So the Soviets give him these great powers: super strength, durability, a bitchin’ armor mesh costume and, the piece d’resistance, the Unicorn helmet and power belt! 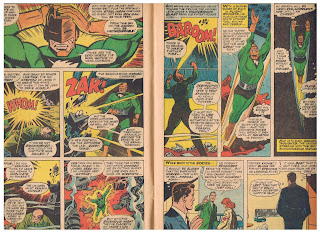 Small downside, the rays they used to make him powerful put his body in a constant state of crisis response so his life-span is significantly reduced. So he escapes with his new powers bent on finding someone who can fix this little problem…

…fortunately there’s this big science conference, being attended by none other than Tony Stark, still brooding about whether or not being Iron Man is a good idea. 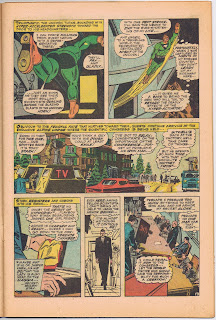 So Unicorn storms in, makes demands on TV, and intends to use the scientists he can to heal himself and then ransom off the ones who can’t help him to make a little money. 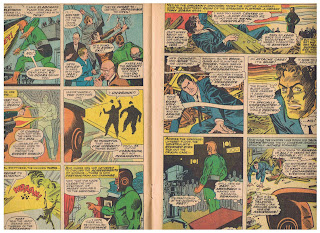 Naturally Iron Man can’t let that happen and they fight! It looks like this: 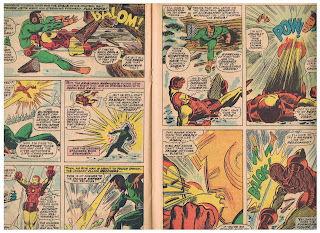 After destroying the power belt, thereby eliminating the very horn that makes the Unicorn the Unicorn, the Unicorn freaks out and dives into the lake after it hoping to fix it. We’re going to see more of his unfortunate dealings with water (including a particularly disturbing run-in with the Atlantic Ocean) but for now the Unicorn is gone. 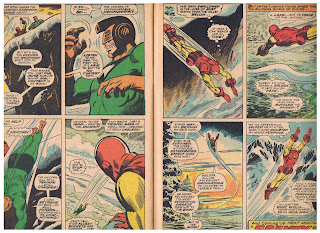 Seeing someone with unrestricted power proves to Tony that he should, and will, continue being Iron Man because the power of the Iron Man armor can’t be trusted to anyone else. This becomes a bit of a problem about eighty issues from now, but we’re not there yet.

For me, I’m actually surprised at how mature these stories are. Back in the 60’s these comics were written for and intended to children. It makes me sad that these kind of stories, dealing with real things (albeit in a cleaned-up safe way) don’t show up that much anymore in titles that are called “all ages.”

Also the serialized aspect of it all isn’t the same as current comics. These issues all literally take place the next day, if not the next hour, from the last issue. It makes for a kind of tight continuity that helped to make the Marvel Universe what it is today.

We’re getting closer and closer to multi-issue arc stories so more of these multi-issue posts are coming. Leave me a comment and let me know how you’re liking it so far. If the view numbers are any indicator this is one of the most popular series I’ve done so I hope it’s true!