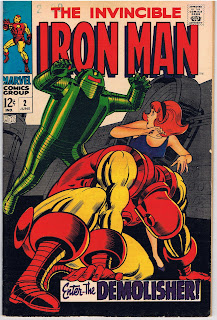 It was bound to happen, I just didn’t realize it would happen this soon.

I have very few memories about this issue.

It features a one-off battle with a robot super-villain, the Cord family (who will play a big role in the early Iron Man comics), and more of the obnoxious SHIELD agent Jasper Sitwell. 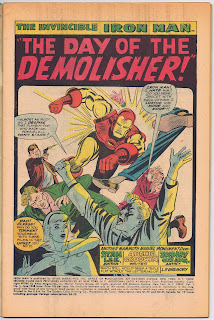 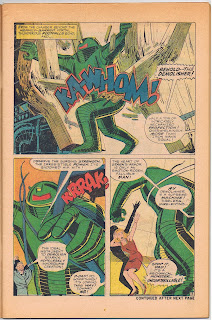 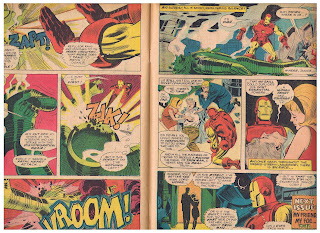 Tony Stark also has a bevvy of beauties on his boat, and he wears a captains hat. 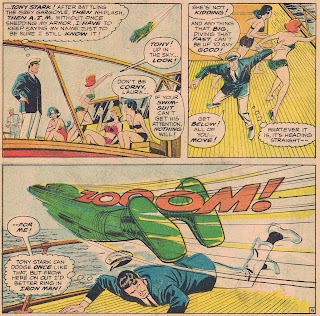 This was definitely the 60’s.

I do know that a lot of these early issues, because they were difficult to find, I read out of order. Because of that they don’t have the emotional “stickyness” that I have for some of the other issues. Although I will admit, I’m glad I’m finding the time to read the series in order. It’s really nice to fully understand the story!

I think that it’s worth bringing up that one of my charming foibles, at least back before I was old and cynical, was that I was a “complete-ist.” That’s a collector who wants to have all of whatever it is he collects. This drove my obsession from when I was a kid and well into my twenties.

It wasn’t enough to have all of the recent issues of Iron Man, I wanted ALL of the issues. And then it wasn’t enough to have just his title, then I wanted any issue of whatever book he might have showed up in. That might sound like an impossible task, but I had a resource back then, before the internet, called the Overstreet Price Guide. In it were not only the most reliable prices for all comic books (it’s what everybody used) but also a list of who appeared in what book. You can still get it today, HERE, if you wanted it!

But why stop at comic books? Iron Man was a character that was just popular enough to have some cool memorabilia without it being at Spider-Man or Superman levels of “impossible to find,” so I wanted all that too!

I made a pretty good job of it! With the exception of some stickers and iron-on t-shirt decals, I was able to get just about every Iron Man bit – with one major exception: The Marx Plastic 6″ figure. 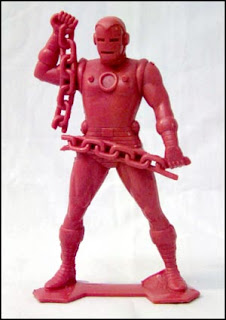 I had one opportunity when I was 11 to get it at a convention. The seller had the whole Marvel set and was selling the whole set for $100. That was a LOT of money when all I wanted was one of the figures so I pulled out some of the tricks my dad taught me, no dice. He was only selling them as a set. 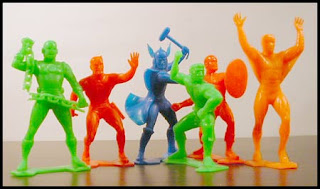 Hindsight being 20/20, had I known that eBay would exist and that I would be a relatively active eBay seller I would have happily spent the $100 bucks since I can get about that or more for each of the figures now – but whatcha’ gonna’ do?
EDIT: I just did an eBay search that you can see HERE showing that maybe I was right to walk after all, however maybe it’s worth the $10 bucks to get the Marx Iron Man now? Oh cruel collector gene!!! Why are you re-activating!?


All that being said, I gave up my complete-ist ways a long time ago. It isn’t that Iron Man has suddenly grown into super popularity, although that would make being an Iron Man complete-ist one of the most expensive hobbies ever, but I just kinda’ grew out of it.

Hanging on to the hunt like that is something you really need a lot of extra time for – something a kid, a teenager and a guy in his early twenties actually has.

I think my new relationship with money was an influence as well. There are other things I need/want to spend my money on now. It’s really difficult to say that a piece of plastic that will just be hanging out on my desk is worth even just the few dollars it may cost…

…although every once in a while….