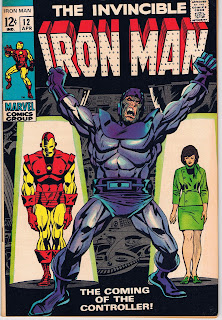 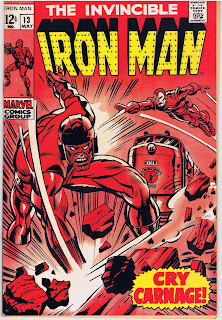 Tony Stark is one of the smartest characters in the Marvel Universe. He was a child genius who went to MIT when he was a teenager and inherited a major corporation at the age of 21 complete with major government contracts that did not go away once he was in charge. He has built super weapons, discovered and put into use new sources of energy and, of course, designed the Iron Man armor that he is famous for.

Tony Stark is a smart guy.

I imagine when Archie Goodwin wrote the two-part story “The Coming of the Controller” he may have thought, “Someone with that much brain power clearly needs to battle a villain of equal brain power!” That would make sense, Reed Richards is always best when he battles Doctor Doom, The Doctor when he battles The Master, but there’s a twist… 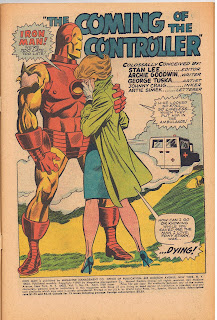 OK, let’s back track just a little. Remember Janice Cord’s lawyer and how I thought he might be related to the Controller back in THIS POST? Well he totally is and this story-line wraps that all up. Also, we get to see Jasper Sitwell looking for Whitney Frost’s after the hovercraft she escaped in crashed – which happened off-screen I guess cuz I just looked back and she seemed to get away scott free. I even have the page in THAT SAME POST. 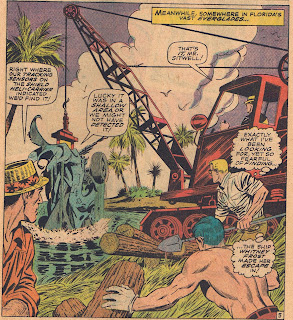 Also we spend some more pages making sure that the secret identity that we spent two issues trying to protect stays protected. Seriously, why? Go HERE for more on secret identities and here’s the three pages that finally wrap the identity drama. Pay special attention to how he lays the ground work for never being able to do this again. Don’t worry, in about a decade LMDs become so common it’s a wonder anyone in the Marvel Universe isn’t just a robot. 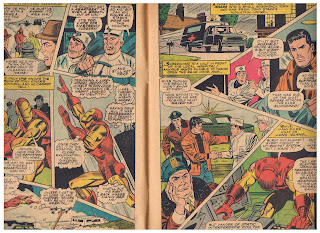 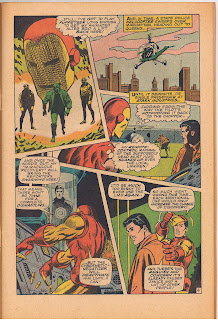 So let’s get back to the Controller! Here’s the Controller’s Wikipedia page for the full breakdown of his super-villain career, but the origin is right here in this book. Basil Sandhurst not only is a mad scientist of the highest caliber but he also has some rage issues. And his lawyer brother is a bit of a prick too. So when a lack of ethics gets Basil fired from every job he’s ever had (he has been working on how to harness the power of the human brain) his brother gets him a job at Drexel Cord’s factory. Problem is Basil is not happy about having to do the work of simpletons – so he loses his shit.Vincent tries to get him under control, but that goes poorly too and things explode and Vincent, being a caring brother, leaves Basil for dead. 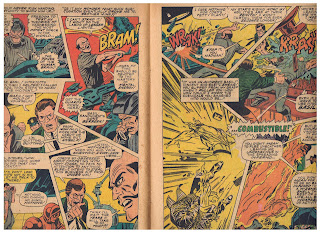 But he’s not dead, see, so out of guilt Vincent builds Basil a super modern home and lab with robotic arms and stuff so Basil can continue his experiments, but those experiments are how to use the human brain to power an exoskeleton that gives Basil not only his mobility back but the combined strength of any people under his control! 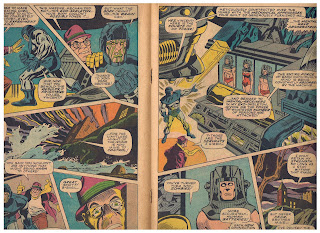 See that’s the twist – Tony Stark has brain power, but Controller has “brain power,” or more to the point a brain powered exoskeleton.

So Controller enslaves the town, kidnaps Janice since her dad humiliated him and naturally Iron Man isn’t happy about this so they fight until Shellhead gets taken down and they are taken to the Mental-Wave Absorbatron! 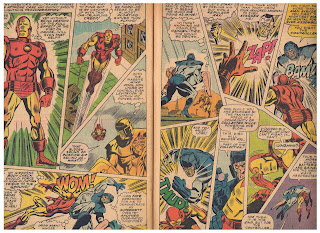 Silly name aside, this device is the is a weird metaphor for the strength of the mind. I know sometimes I sound snarky when I do the plot re-caps, but there really is quite a bit of thought that went into these stories that were intended for children. The Controller ends up being a frightening villain mostly because he can enslave, and in doing so steal the strength from, anyone. And the more people he enslaves with his control disks the more powerful he gets. Iron Man is all about using power to do good for people and the Controller is all about using people as power. Kind of a screwed up super-villain version of democracy, but instead of power to the people it’s power from the people. When we get into the modern era of Iron Man there’s an issue where Maria Hill has to face the Controller and it was actually a bit frightening, but we have a bit before that. 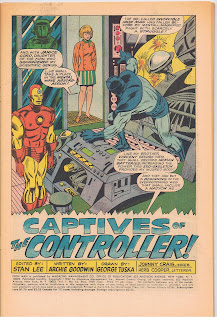 …but Iron Man was faking! Fight is on! 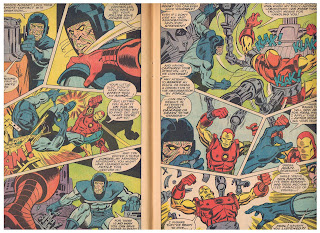 Iron Man has roller skates (these come back is surprising regularity)! 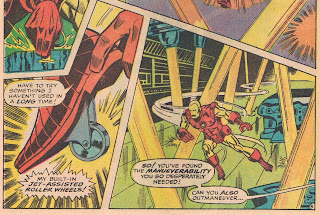 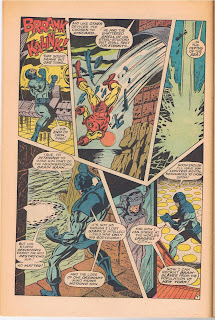 Controller steals a train and loads the mental-wave absorbatron on it (I should have probably mentioned that   he needs to be in range of it to maintain his powers)! 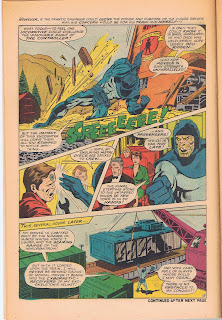 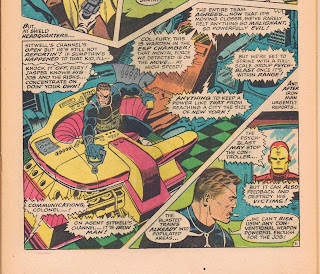 I bring up the ESP unit for two reasons:

In the end Iron Man wins by separating the mental-wave absorbatron car from the rest of the train. The Controller, weak without the power of his slaves, gets knocked out and there ya’ go. And Stark gets all emo on Janice. 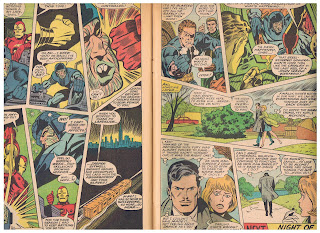 I really enjoyed the (probably) unintentional metaphor about the power of the human mind in this set of issues. I remember when I was a kid thinking that the Controller was kinda’ lame because I saw him first in a re-print of a Captain Marvel comic where he was working with Thanos and I thought they were brothers because they looked similar to me. I appreciate him now a lot more. We’ll be seeing more of Mr. Sandhurst soon, but first…
Next Time: