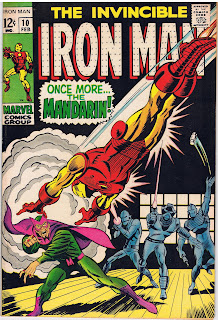 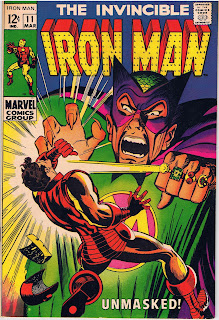 We are all very familiar with the idea that superheroes disguise their real identities to either have or protect their personal lives.

There are very few exceptions to this, the most prominent that I can think of being Reed Richards of the Fantastic Four. Sure he has the superhero name, Mr. Fantastic, but he and the whole Fantastic four are publicly known, celebrities even.

In current Marvel continuity and the Marvel movies Tony Stark is known to be Iron Man, but back in the 60’s (hell, well into the new millennium) Tony Stark maintained his secret identity where Iron Man was employed as Stark’s body guard, the reasons for which will be deliberated complained about later. The stories of Iron Man 10 and 11 focus on how Stark deals with the fact that The Mandarin has discovered his secret identity.

The short answer: he tricks Mandy into thinking that Stark and Iron Man really are two different people with the clever use of masks and a Life Model Decoy. In other words, it’s not really dealt with at all, it’s just needless manipulation all the while Stark factories are sitting idle and the whole country is busy thinking Stark is a pinko commie.

Of course, because this is a comic book, Stark’s plan to save his identity works out perfectly: 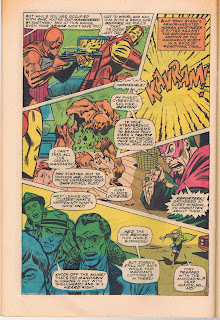 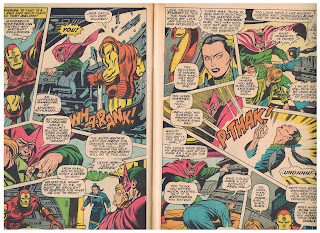 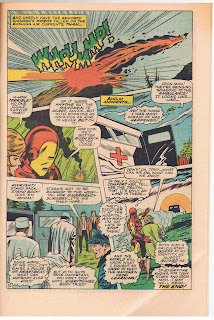 But all issue specific plot points aside, the risk of people discovering secret identities for comic book heroes is a go-to story to write. There’s always going to be a story like this one where someone who shouldn’t know the secret learns it and  tries to use it to their advantage. There’s the opposite story where the hero reveals their identity to show how much they trust someone. In all the stories where there’s a secret identity time always has to be taken to show how they keep that secret when they change into the requisite super-suit, i.e. the proverbial “phone booth” or janitorial closet. If this were real life how many lives would be at risk while Spider-Man finds a suitable alley way to change his clothes?
That’s why I don’t understand the reason for Tony Stark to even have a secret identity. When I was a kid I never questioned it – superheroes had secret identities and that’s how it worked – but reading these stories now, older and having Stark be secret identity-less for over a decade, it feels contrived.
I get it for Spider-Man, he’s got an old aunt and the public is not always on his side. I get it for Batman, he is a violent vigilante, it’s important that Gotham’s finest don’t show up on Bruce Wayne’s door. I get it for Superman – he’s a freaking alien who’s so powerful if his identity was revealed he’d never have a moment to himself! But Tony stark is a public figure, like Reed Richards, he’s a playboy anyway who enjoys attention and his business, especially in the 60’s, is weapon design. A lot of the things that exist for Stark just because of his civilian life eliminate the need for a secret identity.
Taking a look at typical reasons to have a secret identity, let’s see how Stark’s life already handles the problems:
Clearly modern writers and I are on the same page since he hasn’t had a secret identity for a very long time, but it makes me wonder why it was so important for about forty years? There were times when it was defended for story purposes, but for the writers in the 60’s through the 90’s why was that identity so important? There had to be a reason because it was no problem writing it away when they did. Maybe it was cultural, a sign of the times? I don’t have the answer, at least not today, but I want to revisit this concept later, hopefully be able to cite more examples from issues.
Next Time: