Rene, Frankie and I had a very full Fourth!  We started at the block party on her brother’s street.  They do it every year with food, a giant inflatable water slide and a bike parade that we missed because the alarm didn’t go off.

I didn’t mind that the alarm didn’t go off.

They had a taco guy who made tacos right off a small portable grill which were delicious!  Between the tacos, taquitos and salad I was pretty stuffed – and I managed to miss the cupcakes which I could have totally powered down had there still been one. 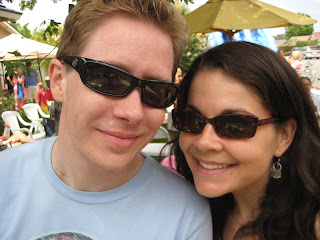 Frankie even got into the spirit with patriotic bandana, which is today’s picture: 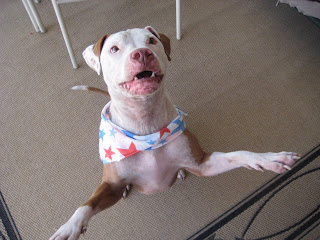 After the first party we took Frankie home and joined Dean at at new friend Roger’s house!  He’s a voice actor who voiced Chris Redfield in Resident Evil 5 and a whole bunch more, but I’m a R.E. geek so Chris Redfield was enough for me.  He and his lovely girlfriend Steph were marvelous hosts and were very kind to open their home to us.  We floated in the pool, had some drinks, Roger grilled meat – that I eventually made room for – and we played some very hard core air hockey in his game room. 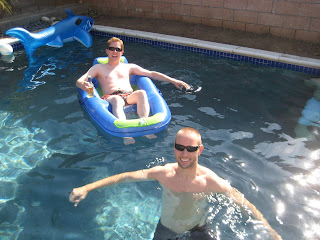 Seriously, the air hockey was hard core!  We played with four pucks at a time and played fifteen minute games.  Very active!  I have bruises forming on my wrist and a sore spot on my palm from the thing that you hit the puck with.  We’ll see how those heal. 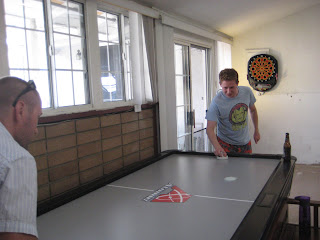 Then too finish off the evening Rene and I burned sparklers. 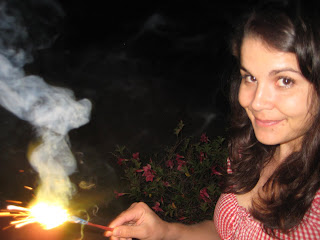 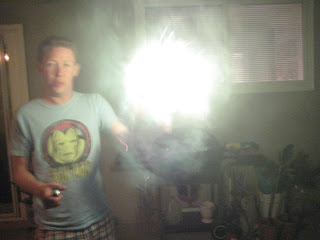