One of the things that goes along with being an independent producer is a lot of driving.

Well, at least for me there’s a LOT of driving.

I had an audition in the morning and while I was on the road up I was on the phone discussing deal details.  After the audition I went from Santa Monica down to Dana Point for an edit session.  Traffic on that drive was actually remarkably light – but going home after… 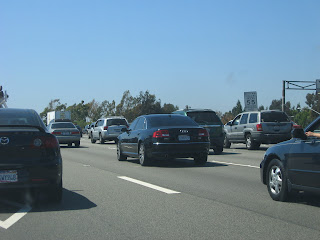 I love what I do, but I hate traffic.  If there’s one thing that I could change it would be the public transportation situation in Southern California.  Every time I get stuck in traffic I yearn for the Tokyo subway system!  The trains are clean and run on time and you can get EVERYWHERE!

I dream of the day that I no longer need a car!