First things first, Rene has moved her Project 365 – 2010 to here blog Lil Vixen Stirs Things Up so go check it out there and follow that blog – it’s a daily adventure!

Now on to today. 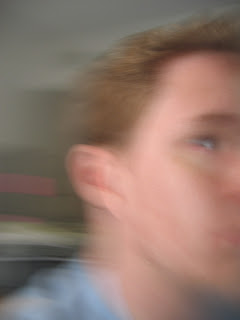 Yesterday ended up being a really productive day – who would’ve thought after posting my video at 12:45 in the morning?   By 10pm things were set-up, emails were done and phone calls were completed.  If, after all this, I’m not involved in the making of a movie by the end of this year then I don’t know what to do.

Today time just flew by!  The time was spent maintaining the organization that was getting done yesterday, follow up calls and being active on the social networks.  Social networks are as much a part of business for me as a phone or email.  In addition to today’s picture I have included a conversation from my Facebook page.  I have often talked about the benefits of social networking and today one of those benefits showed up on my page.  It all started with a tweet and turned into a really good conversation:

Curtis Andersen Didn’t buy an HDTV yet? That’s ok, 3D content starts getting broadcast in the spring. So I guess you need an HD3DTV? Gonna’ be expensive.

Ivan Miranda
i’m not doing it, i’m not jumping on the band wagon.
i’m sticking with my rabbit eared black & white!
4 hours ago

Terry Myers
Yup, my 10 year old 5000lb 25″ tv still works fantastic. Not in to all that hype. I wouldnt mind having a flat screen tho – to save space.
4 hours ago

Amy E Chaney
Oh how I could rant on this…..
3 hours ago

Matt Worley
There are a lot of 3D ready HD TV’s out there already and they don’t cost that much more, you just gotta drop the hundred or so bucks for the glasses.
3 hours ago

Karen Boerwinkle-Lesser
Books from the library are free.
2 hours ago

Curtis Andersen
I may have sent the wrong tone in my initial post, I’m actually excited about all the new options that will be available for home entertainment – it’s what I like to make! I’ll just have to wait 3 years or so when the prices come down before I can have one myself.

Matt – do you know if the Real-D or other company glasses will work with the tech that’s coming out?

Dean Alexander
“F” 3D in Home Entertainment. It won’t become mainstream or cheap for years. And that’s if even catches on (first with film makers, then with consumers). HDTVs are cheap these days! And this is the best time of the year to buy.
about an hour ago

Matt Worley
The trick with the home theater stuff is you need the Active Shutter glasses. The Real-D is Circular Polarization. They already have Bluray Discs and players that can do 3D through LCD and Plasma TV’s. Samsung is a leader in in home 3D.
about an hour ago

Matt Worley
Sorry, I’ve been researching 3D and Production for years now, I know the guys that did My Bloody Valentine, and a few others. Seen all the gear played with all that stuff.
about an hour ago

Curtis Andersen
Matt: No need to apologize, I’m not a tech-head so I love hearing about the new stuff! Have you shot anything in it?

Dean: Filmmakers are already on board. Studios love the fact that ticket prices are higher, so they’re on board and the Japanese have a channel already dedicated to 3-D programming. It’s been around for about a year. It might be a fad, but there’s a LOT of investment going into it. If those glasses get cheap, or useful for multiple platforms I think you’ll see the public ready to accept 3-D entertainment.

Dean Alexander
Studios might be on board, but individual film makers? I don’t know, you would probably know more than I would. But I do know there are some filmmakers who refuse to even shoot digitally! I have heard Discovery and a few others are making a dedicated 3D channels.

Still, I look at the market this way. People who wanted a HDTV have either bought one or have been waiting for them to get cheaper (like these last few months) to buy one. And so who will be buying the super expensive HD3DTV’s? The very small percent that makes up the rich uber-geek. And even they have seen the ills of early adoption most recently with early blu-ray players. And on top of it all, 3D requires special glasses (for now), and if you have friends over you have to have these not-so-cheap glasses for everyone. I think it’s going to be a while before it’s anywhere near mainstream. If ever.

John Keating
I think if there’s too much 3D content, it’ll become commonplace and won’t be a driving force in selling tickets. People will just say “eh, I don’t need to see LEAP YEAR in 3d”

Curtis Andersen
This is a good conversation.

It isn’t a discussion about world peace or a philosophical debate about religion but it is the sharing of thoughts and ideas with people I know but don’t necessarily see all the time and I know them in different circles of friends.  I really like the fact that one comment can bring out all kinds of people, some hundreds of miles away, and we can all participate in the same conversation.  The internet doesn’t have to be about the ability to promote and make money via social networking, this “purer” form is a welcome sight.  It just occurred to me that this might be how social networks work for you all the time.  Leave a comment, I’d love to know what you think!
See you tomorrow!