Mobile Update: Backstage, Ahead of Schedule 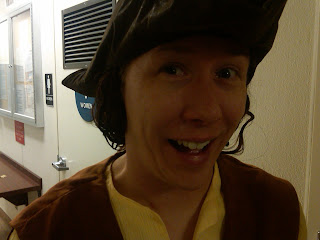 If you are a reader of this blog then you have, by no doubt, noticed that I have absolutely FAILED to maintain it over the last few months.

Since returning from Oregon both Rene & I have made significant changes in our schedules which have included new jobs, new shows, & tons of new ideas to develop in addition to the projects that we are already working on like completing the plastic surgery documentary (in edit & almost there!!!) & The Pom Pom Massacre among others.

With all of that on our plate it's easy to get behind.

This is an attempt to catch up.

I'm actually backstage at "Sleepy Hollow-Pointe" right now & have to put on my wig so I know this isn't much of an update, but it's a start.

Sent on the Sprint® Now Network from my BlackBerry®

One Response to Mobile Update: Backstage, Ahead of Schedule