Shows and shoots and comic books and phones…

It’s been busy and it isn’t really going to slow down until Thanksgiving when I’m hoping to catch up on a good number of Project: Iron Man posts. I just bought the last issue of Iron Man before Marvel Now begins and it felt like the end of an era… which is by design, I suppose, since Marvel Now is supposed to be an update to the universe. I may do a separate post about that (when I have some spare time *lulz #sarcasm) but I’m losing my “fire” for comics right now since there is so much other stuff to do.

We’ve had some changes to the performance schedules for November and you’ll be able to see both Rene and I in “Jeepers, Nancy clue, It’s a Mystery!” on the following dates:

Tickets are available here: Clever Productions, Inc.
The shows are a lot of fun and we keep having repeat guests. Come see have some fun and eat some pasta!
Last bit, go over to the Wiggy website for more updates on The Pom Pom Massacre, including what this might be… 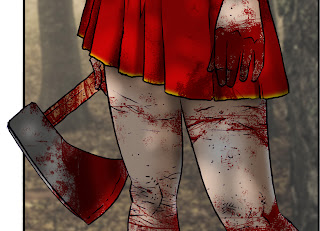