It’s the end of the year and after a long rest over the last two days I’m starting to feel recharged and ready to attack the new year!  I am shamed to say that I tried getting started yesterday on stuff, but after Rene’s head shot shoot and a few phone calls I was completely exhausted (the remains of my cold may have contributed as well but I hate to admit when I’m sick.)

This morning I woke up ready to attack the world and I looked like this: 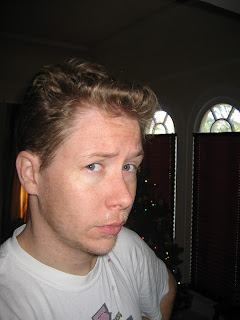 OK, that picture is mildly posed, but I think you catch my drift.

In other news, working on the documentary has led me to watch some strange reality T.V. – some as research and some just because I didn’t change the channel fast enough.  Right now I’m watching “Hoarders: Buried Alive” on TLC.  I’m completely fascinated.  These stories don’t seem like they could be real, but they are and it’s shocking to see how out of control things can get.

I’m going to go now, things to do.

One Response to It Is December 28th – This Is Not A Top Ten List!