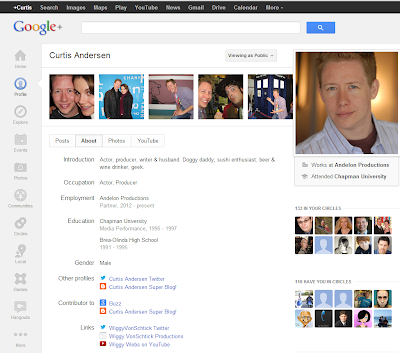 Just the other day I did a blog post about my online presence. I included just about everything that I’m on social network wise with only a few exceptions, one being Google+. Recent news, including this article, now shows that G+ is the number two social network. They’ve added some new functionality, including business pages, and so I thought it might be a good idea to post this.

I’m not sure that I know how to use G+, though. I’ve got circles and I’ve got people in those circles. You may even see these blog posts on G+, but G+ doesn’t work the same as the networks I utilize more often, namely Twitter and Facebook.

I’ll admit, I’m a bit of a cheat. I like to post from one source and have it push to all the different networks. That way when I tweet not only is Twitter updated, but so is Facebook, my fan page, and any relevant project page. G+ doesn’t work that way. Now I’m willing to be educated on this, but the only thing I know of as far as push to other networks is adding AgentG to a circle and then adding that circle to any message. It’s not as fast as Tweet and send.

So, I’m asking you, gentle readers, please educate me. Is there a way to use Google+ better? If so, can you give me some advice? The comments are your canvas!