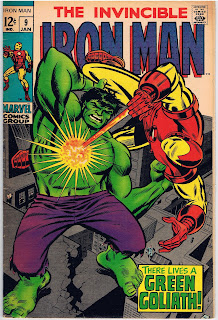 The idea of a man in a skin tight suit of highly flexible metal armor is fantastic enough. Add to the mix mad scientists, wild temporary mutations, big business deals and secret identities and you are asking for an awful lot of suspension of disbelief…

…then you enter comic book crazy town and suddenly you’re walking down the pier of acceptability right toward the waters of who gives a fuck.

This issue is the event horizon and a robot Hulk is our delivery device, but we’ll get to that in a second.

Continuity is the threat of story that is carried from each issue of a comic book series to the next providing a history that readers can latch onto to be the common ground that different writers share when they add to the mythology. It is the thing that says Tony Stark was injured in a war zone and had to build the armor. It is what says that Krypton blew up and Superman was sent to Earth by his parents. It is what says that Abin Sur crashed on Earth and gave Hal Jordan the Green Lantern power ring. Continuity can change. When it is done in a specific book it is called a retcon, or retroactive continuity, and if it is done across the entire line of comic books it is call a reboot (see DC’s New 52). Continuity has fueled nerd rage for as long as there have been fictionalized stories. Seriously, when there were cave paintings there was a caveman who was pissed that the gazelle escaped the hunter. Pre-internet flame wars were actually conducted with flaming sticks!

Actually, don’t quote me on that. I just made it up about the caveman. I’m pretty sure it’s true but… yeah…

We’re actually a long way off from both a retcon and a reboot in regard to Iron Man (but, oh man, are they coming) so we can talk about the other form of continuity, one that everyone should be familiar with, where things that are established to be should remain the same until they are shown to change. HERE’S a dictionary definition.

Marvel cared enough about continuity discrepancies that they used to offer something called a No Prize If you pointed them out! As time went on (and people got greedy) they also required that you include a possible justification with your answer, adding fan-fiction pseudo-science to the mix. The rules have evolved as times have changed, but if you could get a No Prize for pointing out errors in back issues, I’d have a shot today for sure! 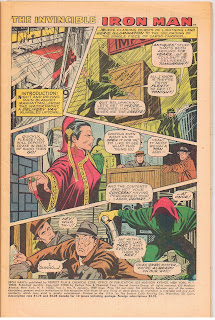 Rain, late night deliveries and a dude in a hood – it’s like a noir story and it sets you up to be pulpy and exciting, but what we get instead is a karate chop, a fake statue and… 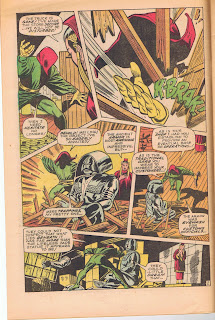 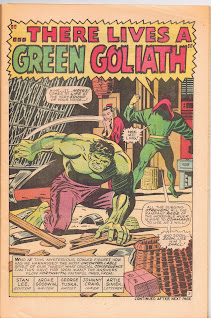 By now in Marvel Universe continuity Iron Man and The Hulk have encountered each other quite a few times, including starting the Avengers and then later fighting each other because of one misunderstanding or another. Now our mysterious hooded figure has managed to bend The Hulk to his will and bad things are about to happen.

Now for my chance at a retroactive No Prize, check out this page specifically the panels with Vincent Sandhurst on the phone: 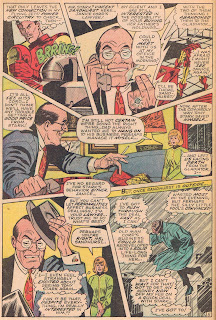 See that huge diamond ring on his finger? It’s like they’re calling attention to it, right? Like it might even be a story point? Then in the bottom left panel it’s totally gone!

Oh, and it’s pretty clear now that Sandhurst has ulterior motives in selling Cord Industries to Stark – but we won’t know this issue. 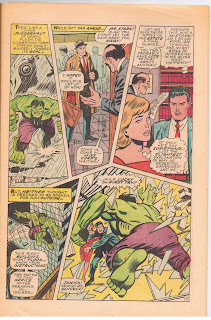 The Hulk bursts in on the sales meeting and kidnaps Janice Cord, our resident damsel in distress, and then there’re pages of fight. Here’s a couple of them: 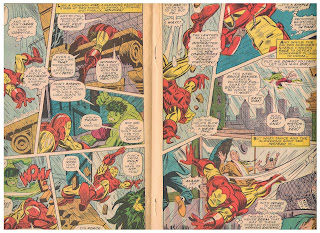 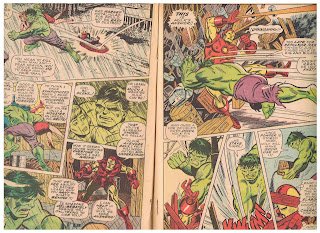 See all that swirling cloud there? That’s definitely a fight! 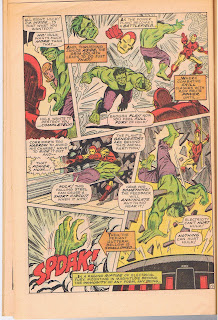 So, naturally, it turns out that it’s not really The Hulk it’s a Hulk robot! Oh and the hooded figure is the Mandarin. 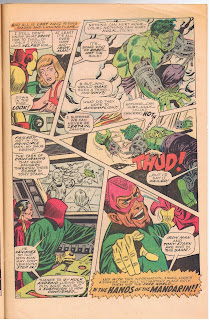 So let’s take a look at a few things here:

We’ll explore continuity more in later issues, but for now get ready for more Mandarin action!
Next Time: