I was angry today.  Really angry.  Part of the reason was due to being exhausted and generally frustrated, but a lot of it had to do with politics.

Usually I don’t like to discuss politics, but the last few days have really rubbed me the wrong way.  I’m not going to sit here and tell you one side is better than another because I don’t believe that is true.  I think both sides have plenty of blood on their hands and I’m sick of all the finger pointing and mud slinging.

EDIT: This rant went off the rails and, even though it may have been entertaining, it wasn’t saying what I wanted it to say so I have deleted a majority of it and will just boil it down to this:

Be VERY cautious when you watch anything labeled “news” on television.  Most news shows and news networks require ratings more than then care about facts.  Like everything things else on TV, you can’t believe what you see – even what seems like mundane local news.

If you would like to discuss this more let’s take it to the comments.

Because of all the monkey business on the news I have selected this picture from the birthday party we went to today: 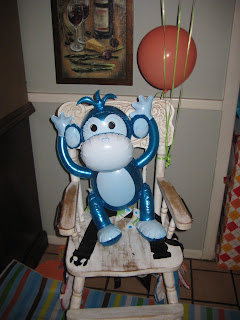