No Excuses, Only Results 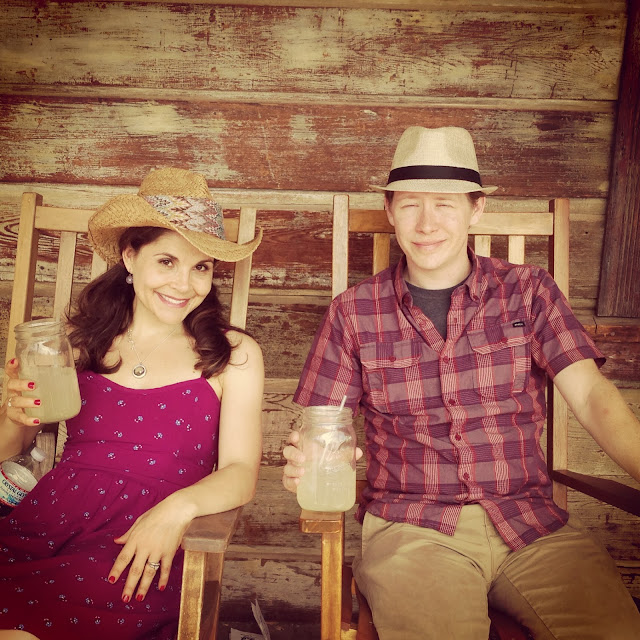 Rene and I did some shooting this week for a new project. It’s a travel show that has been sitting in the back of my head for a while now. We haven’t really done anything with it, frankly, because we haven’t been able to afford to. No mystery challenges, no equipment problems, just cost. For a while I thought that’d we’d sell the idea to the Travel Channel and maybe be able to host it.

Well the Travel Channel didn’t buy it and so we decided it was time to do it ourselves.

And that’s really what I wanted to get to in today’s post, waiting for permission.

One of the things that I preach is “finding a way.” “No excuses, just results.” My students hear it and more than one of my friends in the pit of their despair has heard me say it. Rene, my poor suffering wife, has heard it often enough that she knows when it’s coming. But as often as I say it, it’s something I don’t always do myself. When it comes to the entertainment industry it’s easy to look for “the way” to do things. Following steps. For example: If I want to make a TV show then I should 1) put together a pitch 2) build a package of materials 3) put together a sizzle reel and 4) present to the appropriate company to get the budget and crew to make the show. These are simplified steps, but you see what I’m talking about, right? Also, that way is REALLY hard! Super hard! Unless you are Mark Burnett or Chuck Lorre there’s no guarantee that you’re getting anything even to pilot. So what do you do?

Conventional wisdom would suggest getting a job at a production company or waiting until you are a celebrity and then hoping for a development deal. These options aren’t much better than the first. So this year I’m not asking permission any more.

We’ve had a lot of projects that have been sitting idle just waiting for someone to say yes. “All we need is one!” has been a popular mantra, but that “one” hasn’t come yet. It might not ever. Waiting is not a position of power and it doesn’t help get anything done.

If I were talking to me I’d tell myself that waiting for money is just an excuse and nobody wants excuses, they only want results. So that’s what we’re going to do now, generate results. With the help and support of my wife and our friends we have started a series of projects that will be released come hell or high water. Whether it be on the WiggyWebs YouTube channel or some network does magically come along and sweep something up remains to be seen, but we’re doing them and that’s that.

Financing schminancing – production levels will be at whatever we can beg, barrow or steal. Thankfully we have some very talented friends with some very nice toys. And in the end, if what we do is really good and lots of people watch it, the projects will start paying for themselves and then we just need to keep cranking stuff out (fingers crossed).

I know this isn’t a new idea, hell there’s a whole community over at YouTube of people who got this way before I did, but I’ve finally gotten on the train. And maybe by talking about it you can get on the train too.

Besides, Rene and I had a hell of a lot of fun shooting this weekend and that in and of itself was worth it.