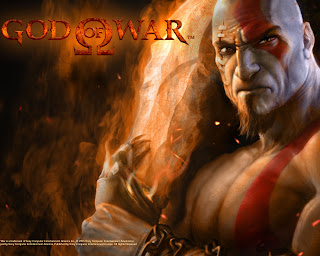 I don’t have a lot of free time right now. With all of the phone calls, writing and personal responsibilities it’s hard to have any time that can actually be called “extra,” but fate worked in a strange way the other day and I totally took advantage of it. My nephew is starting to learn how to play video games. Right now, at his age, they are extremely family interactive and he plays them with his mom (my sister) and his Mamma (my mom). His favorite game right now is a baseball game. Dylan has been to real games and, if only because his parents are big fans, loves the Angels! He is surprisingly good as a pitcher, better than the rest of us, but needs a little work on hit batting. He also got a video game for Disney’s “Cars.” He didn’t like that one at all. The whole concept of “steering” is still a little out of his grasp and he prefers the movie over the game so we decided to return it.

Now ideally I would have returned the game and gotten him something new to play – but the selections of appropriate game for him on the PS2 was not large so I got a bit selfish – I got a game for myself.

GOD OF WAR!
I first played this game way back when Corey, Jeff and I were all in the Casa de Divorce (my old saved game was even on my memory card). I helped Jeff beat it, but never got very far on my own game. Now that God of War 3 is on it’s way I felt like maybe it was time to do a little catch up.

God of War is a very cinematic game. It plays like a movie that you star in, which totally appeals to the actor in me. Taking inspiration from Greek Mythology, you play as Kratos, a jaded Spartan warrior in the service of the Gods. He is tasked by Athena to kill Ares, the God of War. For more details on the plot I will send you to the God of War Wikipedia page.

I played a little bit the day I got it (since my internet connection was down) and remember now why it’s such a fun game. I’m not sure when I’ll get a chance to play next, but I’m looking forward to sending the undead back to Hades!

So now I get back to work emailing packages and making calls, sure it isn’t killing the legions of hell with a pair of Chaos Blades, but more importantly it’s a living.