Denver, Belfast, & Why I Want You To Care About A Dead Dog 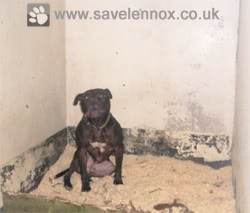 On July 11th a dog named Lennox was euthanized in Belfast, North Ireland. Why? Because he resembled a pit bull which violates the Dangerous Dog Act 1991 in the United Kingdom.

He wasn’t a pit bull, He RESEMBLED one.

He was seen by a dog warden when she was dropping off the registration papers and tags for all the dogs in the household and that dog warden decided that Lennox looked like a dog was was restricted by the Dangerous Dog Act 1991, a pit bull.

Lennox was forcefully taken away from his owners, imprisoned in inhumane conditions for two years, inspired a worldwide campaign to save him, but ultimately he was put down by the Belfast City Council the morning of Wednesday July 11th without letting the family say goodbye, returning his collar or returning his body.

For an owner of a loving and gentle pit bull, like we are, this is one of the scariest stories I’ve heard since I read about the way Denver and Miami-Dade handled their dog bans.

The links above will take you to the specific stories, there is far too much for me to try and re-type, but let me give you the over riding arc here: Breed specific Legislation means that people can and will come into your home and take your dog regardless of the pet’s actions. This is why the battle cry of anti-BSL groups is “Punish the deed, not the breed.”

I can’t even imagine what I would do if someone tried to take Frankie away from us. It is something that gets me enraged just thinking about it. And this weekend I watched as a co-worker was questioned by animal control to see if her two pound Yorkie was a threat. Animal control said that there doesn’t even need to be proof, once an accusation is made they need to investigate and if there is a second accusation they may euthanize the animal. This is horrifying.

There are a lot of things that are going on in the world right now. The middle-east is destabilized, fast food companies are the center of social protest and the U.S. election is being turned into a fundraising mockery. As our lives get more and more global, it becomes more important to make sure you are involved and educated on a local level. I can’t expect all of you who read this to understand or want to help, but this is me doing my part to raise the red flag – Breed Specific Legislation doesn’t work. Take a stand for good dogs.

Links to why BSL doesn’t work: 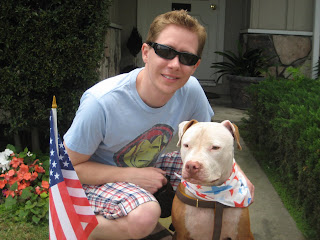