Who Watches The Watchmen? 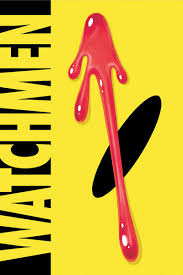 I Watches The Watchmen!

Or, at least, I will be tonight! Midnight screening with all the other fanatics! Of course if I were a real fanatic I would have bent time and space to get into one of the earlier press screenings. I recently found out that it doesn’t take much work to get invited to those. Hell, the fact that I have this page here apparently qualifies me as a journalist – even though my blog is not specifically movie or comic related – although I will be talking more about those things in this blog as I get into my groove. Maybe weekly comic reviews? Or at least reviews when the comics I read come in.

Anyway, I am one of millions of people who are both excited and worried about this movie. Like most comic fans I have met, listened to, or heard about I love the original comic. LOVE IT! Alan Moore and Dave Gibbons deconstruction of the superhero is what led to the current incarnation of comic book writing. The ideas of treating the stories as if they happened in “real life” all started with a tale about an alternate history of Earth where superheroes really existed and the U.S. won the war in Vietnam. On the comic podcasts that I listen too (iFanboy, Around Comics, Crankcast) I’ve heard that some of the younger fans, the newer generation, don’t “get it” or feel like The Watchmen is over-rated. I don’t want to crap on their opinion, but in mine they are wrong. I get the idea of not “getting it”. I don’t like listening to Elvis. I don’t get Elvis. But unlike my comic book counterparts I have a great respect for Elvis and what his career meant to modern rock music. There is no doubt that The Watchmen changed the world of the comic book and I implore anyone who disagrees to defend their position in the comments.

So tonight at 12:01 am Rene, Dean, Alex and I are going to stand in line and see a movie we are hoping will be amazing but are scared will be horrible. It’s a pretty well publizied idea that this comic is supposed to be unfilmable. Zach Synder has been quoted as saying he didn’t think this movie would work, but then taking the movie on to keep the studio from putting it in the hands of other directors that would make changes from the story that we all expect to see on screen. There are entire blogs some of these alternate takes on the story. Without getting too into them let me just say I’m very happy that Mr. Snyder decided to take the job. From what I’ve heard the movie is amazing, so my expectations are pretty high. I’ll post a review tomorrow. In the mean time I have my script to go over again and a phone call about casting in about 45 minutes.

I love my job!

One Response to Who Watches The Watchmen?