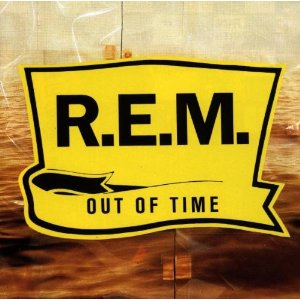 REM was a staple of my adolescence.

In Junior High I was already familiar with their music, but it really struck a cord in 7th grade. While songs from Document were my gateway, it was Out of Time that hooked not only me but a whole nation to their sound. In high school me and my friend Jeff used to ride through Carbon Canyon and listen to Automatic For the People while we talked about girls. I found an interest in politics by wanting to know more about the things they wrote songs about. It helped to form the person I am today.

On September 21, 2011 REM announced that they were breaking up as a band.

I could write this post as a eulogy to them, but it doesn’t feel like a bad thing or the death of anything. It feels like a good end.

Over the last few months I’ve felt like I’m becoming a different person. Not like “I’ve found myself” kind of different but actually biologically, both physically and mentally different. I’m no longer allergic to cats. I have grown a taste for marshmallows and cooked carrots. Things from my past just seem to be falling away and now a very influential band from that time before has called it quits and it seems appropriate.

I always wondered if I’d notice when I was getting older, what the sign posts would be and how I would tell that I had crossed into the next section of my life. I don’t know if it works the same for everyone but all the biological stuff combined with this break-up seems to be one of the sign posts of that change.

Kinda’ makes me excited for what else is coming up.

Has this ever happened to you?

Filed under general, getting old

2 Responses to REM Broke Up