I won’t spend a lot of time talking about about how long it’s been between posts, we’ve all noticed and I’m not proud of it. So I’m just going to go right into this… 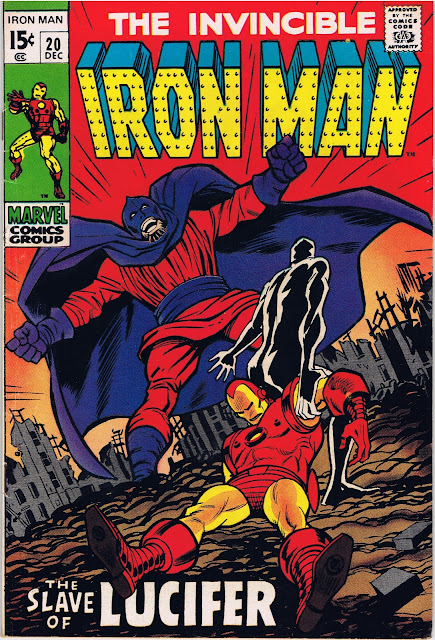 Invincible Iron Man #20 is a stand alone issue that follows the very dramatic events of the “Death of Tony Stark” arc, when he received his heart surgery that made it so that he was no longer dependent on wearing his armor’s chest plate.

It was actually nice to take some time off and come back to reading this issue, I was able to see it through fresh eyes. One of the things that made Marvel Comics so popular in the 60’s was that the stories were more about real problems and real social issues. They treated their super-heroes like regular people with regular people problems. This is one of those issues where the regular person is actually the star of the issue. Iron Man is in the issue, but it actually focuses on a disgruntled security guard and his frustrations as he reaches a mid-life crisis. I watched Twilight Zone episodes today as I was reading this issue and I noticed that the storytelling in the book was very similar to what I saw in the Twilight Zone episodes, highly dramatic and with grave stakes.

Things start out appropriately bombastic – with a literal bomb! 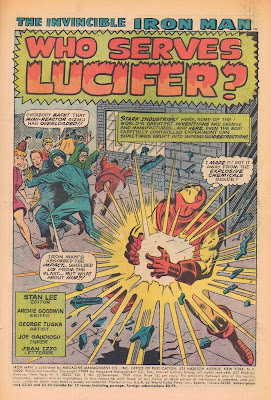 This is all well and good but it’s the security guard, Charlie, who’s really stewing in this issue. 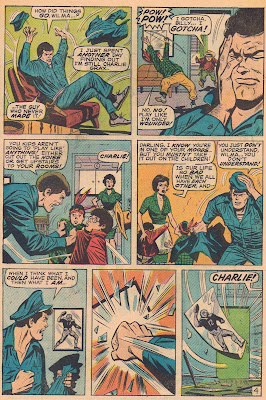 See, he misses his glory days and resents his family; and the fact that Iron Man gets so much attention just drives him nuts! I have been very fortunate in that I have always had a good support system around me and I had a pretty good career from a young age…
…but now that I’m getting older I’m starting to understand where he’s coming from. Now I’m far from being the angry wretch that Charlie is, but things aren’t as easy to accomplish as they used to be. Some of the hurdles come from financial things beyond my control (thanks economic meltdown!) but some things I definitely could have made better choices about. As the years keep piling on, I have started to feel like instead of “the future being laid out before me” there’s more of a “the future is NOW!” feeling where I have far less room to make mistakes and need to do whatever it is I’m going to do before I get too old to do it. As far as it relates to Charlie, there but for the grace of God go I. It’s easy to get bitter when it feels like your life and your dreams are passing you by. Hell, I’m essentially “living the dream” but it can still feel like things are getting away from me!

So Charlie takes a stroll and his bitterness and rage attracts the attention of X-Men villain Lucifer! 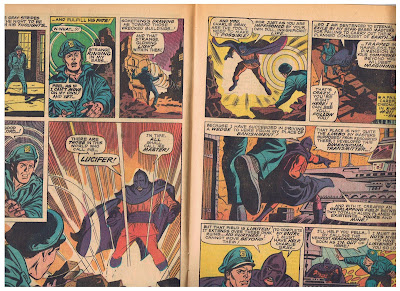 Lucifer has all kinds of powers, but he’s been trapped in a prison dimension and wants Charlie’s help to escape. Naturally Tony Stark has the device Lucifer needs, so he finds someone bitter at the Stark company and Iron Man to do his bidding. Through the magic of comic book science Charlie is granted the power of Lucifer: 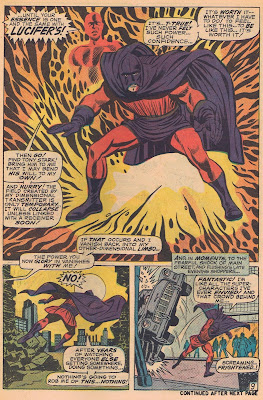 And immediately starts flaunting his power and beating people up, even (unintentionally) his wife who is concerned about him and looking for him. 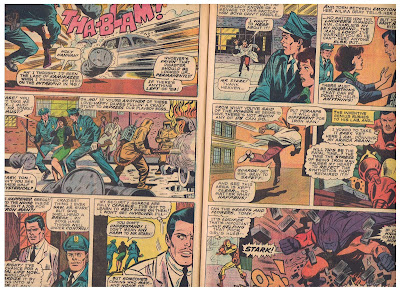 Naturally Iron Man comes to the rescue, but it’s actually Charlie’s wife who saves the day. She reminds Charlie of all the good things in his life, like his family and their marriage, and reminds him that he doesn’t need “false glory” and if he does he isn’t the man she married. Seriously, she lets him have it. Check out the panel where she’s wagging her finger and crying. 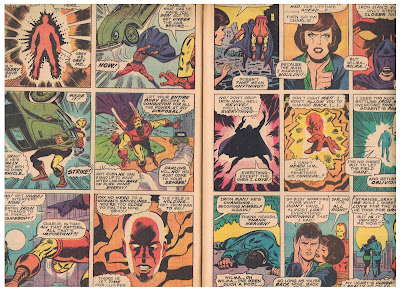 So Charlie gives up the power, Lucifer is defeated and they all live happily ever after. Once Charlie realizes that the grass isn’t always greener and leaves with his wife even Iron Man can’t help but be effected. In the last panel he starts to wonder if he should still be Iron Man with his heart repaired. 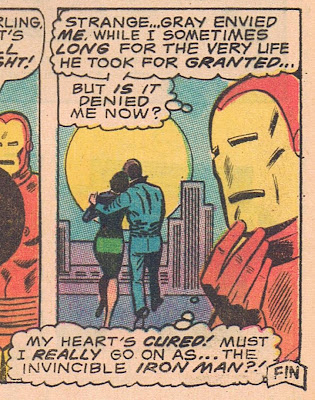 Seeing at how there are at least 500 issues to go I’m pretty sure you can tell what he decides, but check out the next issue! 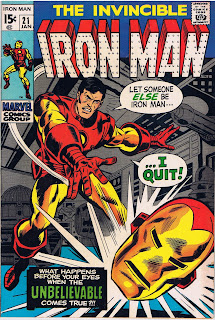