General Ramblings On Music In General 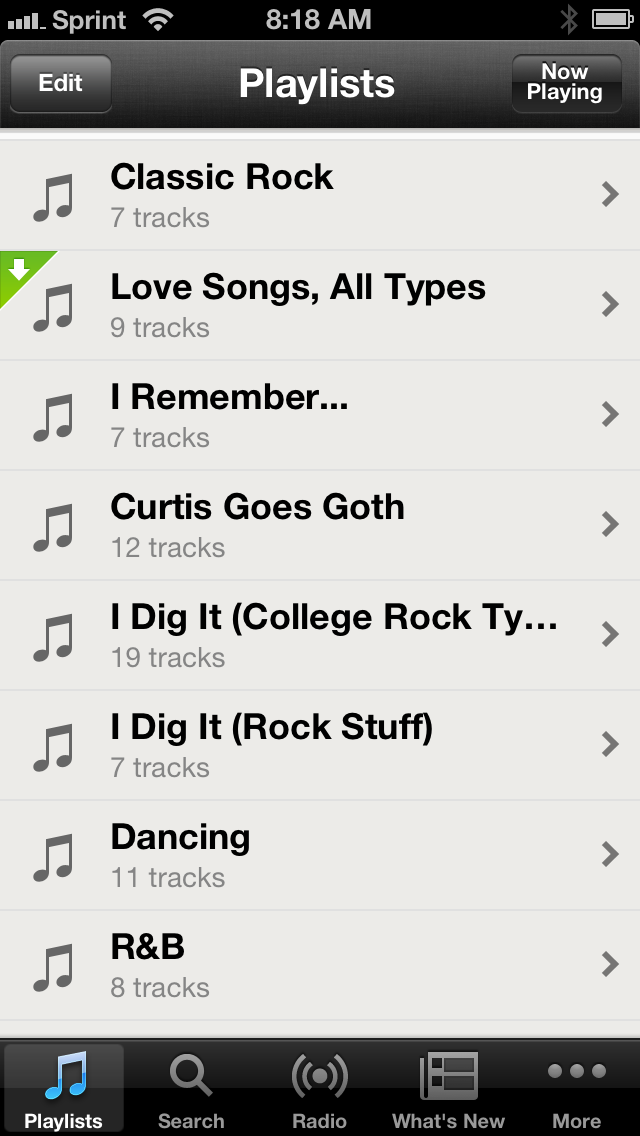 I don’t much believe in regrets, but if there’s one thing that I wish I had spent more time on in my youth it would be music, specifically playing an instrument. Any instrument. I made a go at drumming, can wail on a kazoo and can even play a kids toy piano decently, but when it comes to actual could-be-part-of-a-rock-band instruments I have zero skill. I made up for my lack of playing ability by listening music as often as possible.

I got a good start. When I was a kid my parents listened to regular radio. Rock, pop, oldies, their music tastes were given to me unfiltered and I have always been grateful for that. I never quite understood the reasoning behind “kid’s music.” I don’t get it, especially when it’s pop music re-recorded by kids. And when I look back on my childhood now, growing up in the 80’s, when Michael Jackson, Prince and Bruce Springsteen were all coming up and making some of the best music of their careers!  If I had been listening to “the wheels on the bus” instead of “1999”… I don’t even want to think of it.

I’ve been consuming a lot more music lately. Technology has made it so that you can. Between Spotify and Pandora having streaming apps for mobile phones and the amount of time Rene and I spend in the car it’s been easy to do. I realize that I’m behind the curve on this. I can already hear some of you saying, “I’ve been using those for months/years!” but I’m a slow adopter. I had a Blackberry Bold for almost 3 years before I upgraded so when I finally cashed in all my credits on an iPhone I was shocked at what I could do with it.

Technology has also changed my storage habits. I haven’t opened iTunes for… a while. And because I haven’t bought any albums or iTunes music since I discovered Spotify it’s not like the newer songs I want to listen to are in there anyway. iTunes and my old iPod were reduced to only playing podcasts which, while good, aren’t always to the wife’s taste (I listen to some pretty geeky and/or “inside baseball” industry podcasts. That’s a different blog post.).

So what am I listening to now? Well, if I’m at the gym it’s all dance-pop. I’ve mentioned it before and I’ll mention it again, I’ve got a great Pandora station seeded with Kylie Minogue that keeps the cardio burning! But at home I’ve been regressing to college indie-rock stuff. Going back to R.E.M. and The Smiths and Nick Heyward. There are some newer songs out that have been triggering my nostalgia  but I’ll be damned if I can think of any of them specifically right now.

What about you? How does music factor into your life? what are you listening to? do you have a raging cardio playlist or suggestion to try out? Let me know in the comments!