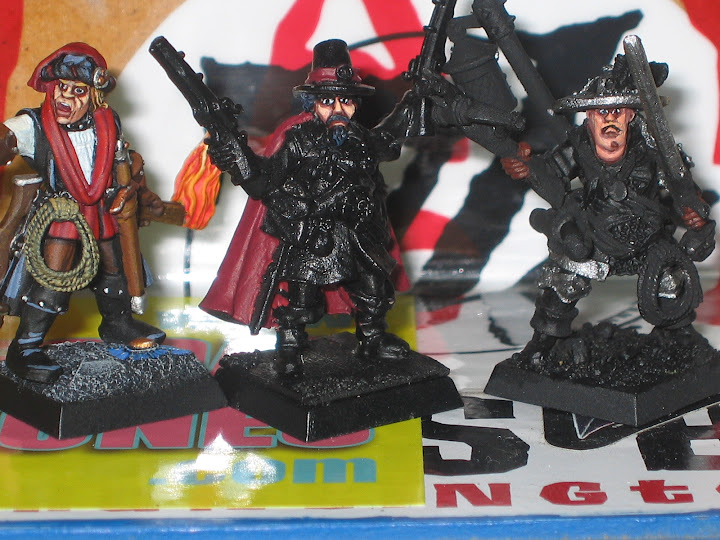 So I’m getting back into the swing of things and getting my “paint” back on practicing on the remaining unpainted Which Hunters in my Mordheim warband. Is it Greek to you already? No problem, there’s no more “game speak” from here on out, just “art speak” and even that will be at an elementary level.

Half of the fun of playing the games that I play is the “crafty” half where you paint and put together all the toys you’ll eventually play with. After dusting off all my stuff from storage I was met with the rather unfortunate situation where a little over half of my paints were dried out! Yikes! Paint isn’t expensive, but it isn’t free either and when you have to replace over half of a color palette that includes about 80 shades it means that getting back to full takes some time.

In my off hours the last few days (between 9pm and 2am) I’ve had a chance to whip out the brush. The picture at the top of this blog shows my current works in progress. No, not the one on the left, he’s finished and there to remind me of my color choices for this warband, but the two on the right. The center guy is a Which Hunter – think Salem Which Trials, but less tolerant and more trigger happy – and the guy on the right is a bounty hunter. All that aside I was able to finish their faces last night. 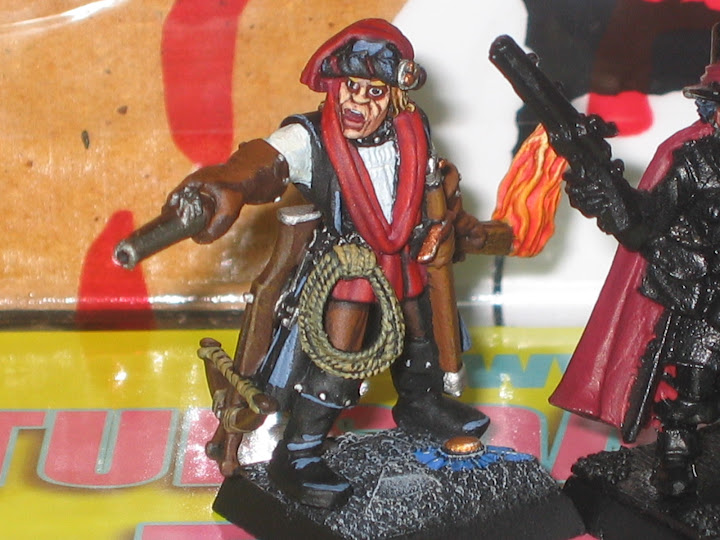 As you can see on both the completed Which Hunter and the WIP Which Hunter I’ve gone for very contrasting skin tones so that they look gaunt and pale, like they spend too much time inside torturing prisoners. I also tried to keep the areas around the eyes unusually dark to add to the “crazy stare” appearance. Tunics, weapons and capes will have to wait, however because I don’t have all of those colors yet – close but not quite! 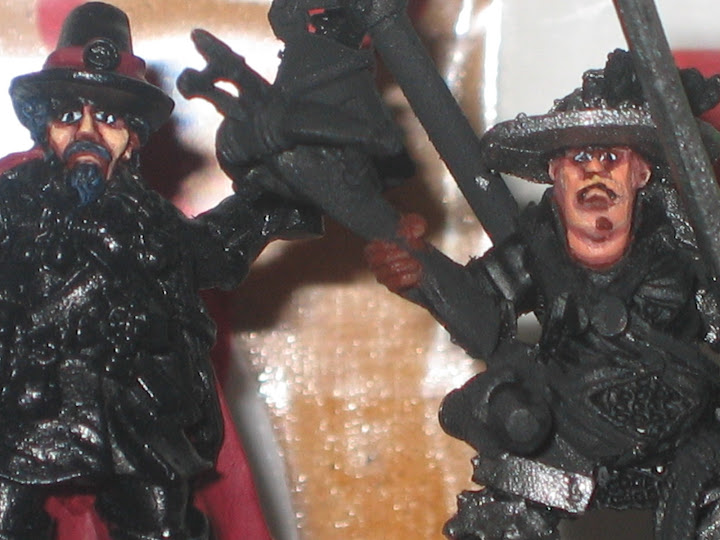 The bounty hunter is a bit different. I still went with high skin tone contrast, but favored healthier looking skin since this is a fella who is probably good at his job as evidenced by his ability to buy food thereby adding to his corpulent appearance. He also has a rather prominent mole on his chin. I’m still trying to figure out how best to show that it is a mole. As it is right now it is a dark mole. I’d put hair on it if I could.

Up next I’ll be painting some war dogs. I have all the colors for those and fur is fun and quick to paint.