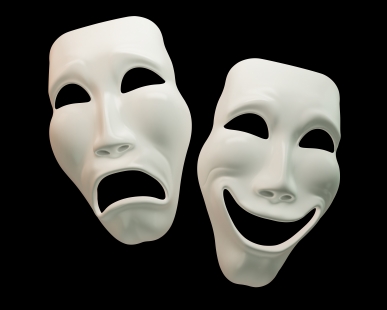 Auditions are literally the job interviews of the acting world. Just getting an audition is an accomplishment in and of itself (that’s a story for another time), but what we all really want is the job at the other end of that audition! There are some key things to remember you go into an audition and many of them might not be what you think.

When I talk to the actors in my class about auditioning I ask them what they feel they need to do to succeed in that audition room. The common answers have to do with their technique:

These are all great but they all have to do with your talent. Yes, your talent has a lot to do with why you are in the room, but  it’s kind of expected that you have the ability. Casting directors are purposely looking for good people. Nobody really wants to be in the the business of grooming talent (although finding the next great talent isn’t bad) so when you get the audition there’s already an expectation that you are good or at least good enough. So that may not be the final decision maker. You need to have a good interview.
It’s easy to forget about the interview aspect of the audition. You’ve done so much work on the character and scene, you’ve been memorizing as much as you can, maybe you’ve picked out the perfect audition outfit, so there’s already a lot going on in your head and now we need to add another level to it.
Casting directors don’t stay in one place forever, they get new jobs too. And when they move on they know who they liked and who they didn’t so it’s a good idea to treat every audition like a general meeting (General Meeting: A meet-and-greet with a casting director or casting decision maker without a specific project in mind.). Don’t be afraid to have a small conversation, be personable and, it should go without saying but….
I really wish I didn’t need to make this a bullet point, but it’s shocking how many actors will forget the general courtesy of being polite. C’mon, your parents should have taught you better than that.
There’s an old saying that I remember from my earliest days of auditioning, “Go in and own the room!” Translated into specifics it means to go in confident and prepared. Be friendly and ready to meet people. It DOES NOT mean be annoying or obnoxious. For some folks this can be a tough line to walk. If you aren’t sure whether you’re bubbly or obnoxious ask a good friend – the kind of good friend who will tell you if you’re being an ass.
When you walk into an audition there are already 1000 reasons why they can say no. You could be the wrong height, wrong body type, wrong hair, you may not match the family that has already been cast, casting could be having a bad session, the person ahead of you was kind of a jerk and it has everyone on edge… lots of things you have zero control over. It’s your responsibility as the professional actor to bring in as few reasons for them to say no as possible that includes all the things bullet pointed above, including the talent based ones, and also being sensitive to the energy in the room. Don’t walk in all loud and boisterous if they are trying to have a small private meeting before you begin. Don’t be the depressed guy if they’re all laughing and joking. Be aware and be appropriate.
There’s so much more that can be talked about when it comes to auditions but these are a few things that are good to start with. Do you have specific audition questions? Post here in the comments. Also, come check out our scene study and audition courses at Studio 105.
See you next time!