Fun Video Friday – I Believe in a Thing Called Love

A friend once said, “You know a good song when you can play it on an acoustic guitar around a bon fire and it still sounds good.” I subscribe to that idea and would expand it to say that a good song can survive new arrangements in new styles as well. The folks over at Post Modern Jukebox are regularly doing this with popular songs. I’m not the first to find PMJ (as the kids call them), they’ve been posting great versions of pop tunes for years and they appear regularly in pop culture and geek blogs. In fact they are going on tour! I’m not getting paid to bring that up, I just like in supporting cool creative things.

Back to the song…

Permission to Land was my favorite album of 2003… and 2004… and most of 2005 and ’06. It’s a solid, fun, driven rock album and was the perfect anthem for my late 20’s. “I Believe in a Thing Called Love” is a song I still love to listen too even though I’ve heard it thousands of times. The New Orleans version below gives it a different kind of energy that still fits the spirit of the song and it never hurts to have a strong female voice driving a song.

And here’s the original:

What are some of your favorite tunes? Pop some links in the comments.

We’re starting a new program series later this month. Round table discussions about using creativity and performance skills in other businesses and daily life. I’ll be inviting friends of mine that work in a variety of industries to participate and we’ll be taking questions from you, the audience, as well. Afterward the video will be available on my YouTube channel so you can watch it whenever you want. Not subscribed to my channel yet? Click below:

The first discussion will be on

It will cover Creativity in your Daily Life and will feature my oldest friends from high school and college who have gone off to the four winds when it comes to careers:

All of them have very different perspectives on how they use the creative sides of their brains and I’m looking forward to a lively conversation.

We’ll be doing these roundtables once a month in the 3rd week of the month so stay tuned for more!

Rene and I have a mantra for this year: Only Do What Serves The Mission.

Pretty simple, really, when you boil it down. We have come up with a series of goals that we want to achieve. These goals combined are The Mission and all the things we do, public and private, need to help advance The Mission.

This mind set has kept us very focused, which hasn’t always been the easiest thing for us the last few years. Personally speaking I’ve been professionally scattered since 2006. At the time I was a year into my producing career and wasn’t really pursuing acting. There were some major changes in my personal life and these things converged into a reactive state of mind instead of me being proactive. To that end I followed the money, since I needed it, but it was money without passion or drive so it wasn’t satisfying and really only paid enough for it to barely be enough. Some good things came out of that time, mostly friendships and a few projects here and there, but a majority of that time was spent with the career equivalent of a headache. Who wants that?

The worst thing is, I know what it’s like to do things the other way. For most of my career I was a “damn the torpedoes, full steam ahead!” kind of guy. My head was down and I charged forward. I knew what I wanted and didn’t let anything get in the way.  I quit jobs, didn’t worry about advancement, didn’t let anything get in the way of the bigger goal – The Mission – and I had a lot of success doing that.

But then the fear came.

It’s really easy to keep doing what you know you should when you are experiencing more success than failure. But eventually that scale is going to tip and that’s when you start second guessing yourself. Am I doing this right? What if people don’t like it? Where’s my next paycheck coming from? A whole bunch of questions that spawn from fear. Don’t get me wrong, fear can be valuable. It can be a motivator, keep you out of hazardous situations, and heighten your awareness, but if you let it control you then you’ve lost track – you’re not serving The Mission.

In order to serve The Mission you must identify what The Mission is. Companies do this with Mission Statements. I have a mission in the acting class I teach for the actors in it (come on in to learn about that).  You can have a Mission too as long as you have specific goals. My friend, Jeff Garvin, has a FANTASTIC video about this process. See it below:

Check out the rest of the blog too. And, if you get a chance, tell him that 7k needs to do a reunion tour.

Once you have your goals you need to make sure that your whole team is on the same page. This is really important. Nothing can derail a plan like conflicting ideas on where you’re going. I’ve watched this, more than anything else, destroy so many strong projects. And it isn’t always obvious that you aren’t on the same page until it’s too late. It takes some very honest introspection to see if things are all going the same direction or if you’re just hoping that they are. But when you are on the same page it hits you in the face, metaphorically, to remind you that it’s happening. Rene and I have repeatedly remarked to each other how relieving it is to be on the same page together. It’s made things so easy. Even hard decisions seem to just naturally fall into the right answer. That’s a very freeing advantage.

Asking the question, “does this serve The Mission” also gives you the greatest power in all business – the ability to say, “no.” If used right, “no” is the the single most powerful word in any language. It is a definitive negative and doesn’t allow for any mis-reading. It might be ignored, but your intention is never in question. Knowing what to say no to is a skill that can be learned and should be practiced.

What we’re doing isn’t new and it isn’t a secret, lots of very successful people do this all the time. What we have done is identified the process in a way that works well for us – and so far it’s working beyond expectations.

Do you have a Mission? Is there anything you’d add to the process? Let me know in the comments.

*NOTE: I know these are SUPER late!  Rene & I moved & it took forever for us to get internet up & running.  So between here and 9-13-2010 these entries are going to be brief.*
Our friends in 7k play at a little bar called The Back Alley about once a month.  Since they will be playing at our wedding in October we wanted to get a chance to hear some of their new cover songs before the big event – as well as support them.  It’s been a while since Rene and I were at a bar and while it actually looked like this: 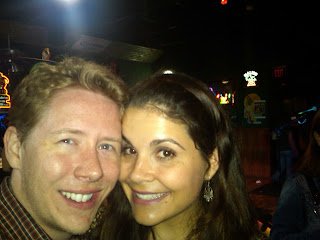 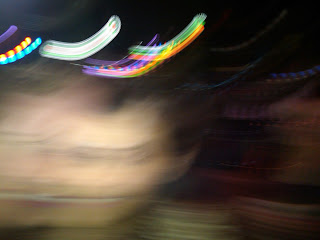 Seriously though 7k is great and you should hire them.
See you tomorrow!

Today totally flew by!  I really don’t have time to do much of a blog tonight so I’m going to keep it brief and kinda just toss out an update on the day.  Today was all about trying to tie up all the lose ends before we leave for Sundance tomorrow.  Not everything got done.

Rene and I also did a photo shoot  for the new merchandise for the band 7k.  That’s today’s picture. 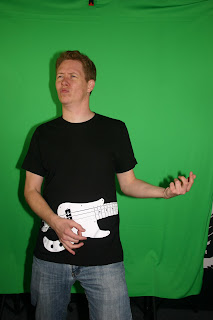 Now I need to get some sleep – I still need to pack in the morning!

What good is a blog if you can’t help your friends? Well, actually I’m sure there’s lots of good a blog can do but this post in particular is nuthin’ but links to my stuff and my friend’s stuff.

If your stuff isn’t on here and you want it to be then post it in the comments.